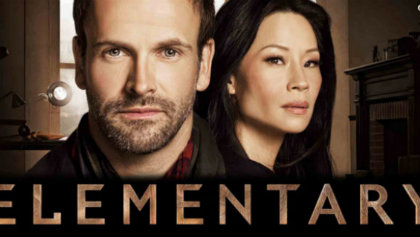 The music of CARCASS and GOATWHORE was featured in this past Thursday's (November 20) episode of the CBS crime drama series "Elementary". The scene in question, which was uploaded to YouTube and can be seen below, also contains an apparent nod to Chuck Schuldiner in the form of a character named after the late DEATH frontman.

A full recap of the episode can be found at CelebDirtyLaundry.com.

Before "Elementary" premiered in late 2012, it was met with some criticism given it followed closely on the heels of the BBC's modern Sherlock Holmes adaptation "Sherlock".