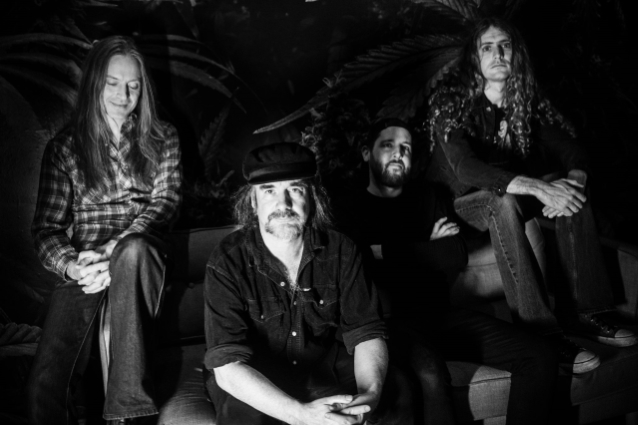 Commented CARCASS bassist/vocalist Jeff Walker: "Well, the COVID situation has put the release of the new CARCASS album on the backburner for the time being. Given that we said there'd be new music in August, we thought it would be cool to have a stop-gap release and let you hear some of the tracks that never quite made the cut. Don't say we never give you anything. Enjoy."

01. The Living Dead At The Manchester Morgue
02. The Long And Winding Bier Road
03. Under The Scalpel Blade (album version)
04. Slaughtered In Soho

The song "The Living Dead at the Manchester Morgue" can be streamed below.

CARCASS's new album, "Torn Arteries", was originally scheduled for release on August 7 but was postponed due to the coronavirus pandemic which is sweeping the globe.

The name of the follow-up to 2013's "Surgical Steel" was revealed by guitarist Bill Steer in an interview with Australia's Heavy.

According to Steer, the title of the new CARCASS LP stems from a demo tape that the band's founding drummer Ken Owen recorded when he was still a teenager. "He had a fictitious band called TORN ARTERIES and he recorded everything himself in his bedroom — guitar, and he'd actually bang on boxes and kind of scream into the mic," Bill explained. "And the whole thing was so distorted, it kind of sounded super heavy, even though essentially you were listening to a guy with a Spanish guitar and a couple of boxes. I think Jeff [Walker, CARCASS bassist/vocalist] appreciates the connection to the past and the fact that it was another Ken Owen classic. So that was his choice, really, and it stuck."

Steer went on to say that the "Torn Arteries" title is an homage of sorts to Owen, who suffered a brain hemorrhage in 1999 and hasn't actively played with CARCASS for more than two decades.

"I can't remember when this came up, but we were doing some press conference at a festival, and I think we all kind of agreed that even though Ken isn't playing in the band as such right now, he's kind of involved in everything we do, stylistically, because when he was so unique — when he was playing drums, his approach was just totally different," Steer said. "Also, the riffs he came up with, they were just really far out there. They were loads of fun to learn. I still think, as a guitar player, some of the stuff was very unorthodox and it was quite a challenge. That kind of influence still runs through what we do today. Just as a friendship thing, we're all still in touch regularly, and it's just been great to see Ken's life stabilizing. Basically, he has a good standard of living and he's a happy guy."

Asked how long it took to record the new CARCASS album, Bill said: "I couldn't really tell you, because it was done in several chunks, and it was the first time we've really done this. In the past, there'd be one session, or maybe a couple of long sessions, whereas this was a week here and a week there. So it did feel like a long time. I [couldn't tell you] exactly how many days or weeks that was. Obviously, quality control is a huge factor with us, 'cause you want the thing to be as good as it can be. And the fact that we don't record with a click track, the whole thing is not on a grid, so you can't copy and paste a verse or a chorus, like some bands might do. And that's a good thing, but it also means you've gotta spend longer [recording everything]."

Steer also confirmed that the new CARCASS song "Under The Scalpel Blade", which was released last December as a digital single, will appear on the group's upcoming seventh LP.

"I think it's one of the more conservative tunes off the album," the guitarist said. "There aren't really many elements in that song that are brand new to CARCASS. If you're gonna pick it apart and analyze it, there's definitely things that remind the listener of things we might have done in the past. For various reasons, it appeared to be the best song to put out there first. It's also one of the safer numbers on the album, I would say."

Steer also talked about the addition of second guitarist Tom Draper (POUNDER, ex-ANGEL WITCH, PRIMITAI),who made his live debut with CARCASS in March 2018 at the Netherlands Deathfest at 013 in Tilburg.

"[Tom] is from Southern England, but for the last few years, he's been living in California," Bill said. "Yeah, he's just been a really great addition to the group. He's incredibly organized and methodical. His attention to detail is very impressive, because it takes a lot of patience and a long attention span to learn this type of stuff and really nail the nuances. But, yeah, that's totally his bag — he's been into that kind of thing. He's just great to have onboard."

Asked if Tom has contributed at all to the songwriting on "Torn Arteries", Bill said: "Nah. To be honest, the bulk of the material was written a very long time ago. Once we were up and running, we added to that. Given the history of the band, the fact that it goes back so far, to the '80s, it's kind of a difficult thing to bring in a new guitar player and expect him to be a contributor. 'Cause live is one thing, but the studio is like a microscope kind of situation where everything, stylistically, becomes very, very noticeable. That was the same thing that happened with 'Surgical'. Some people perhaps didn't see the sleeve notes or read the sleeve notes, but they had the impression that there were two guitarists on the record, but there weren't. It's such a lengthy process recording this type of music, or at least with this band — I assume it's probably the same for other bands in our genre — but it's just one thing that makes things move a little bit quicker, if you've got one guitar player doing as much as possible." 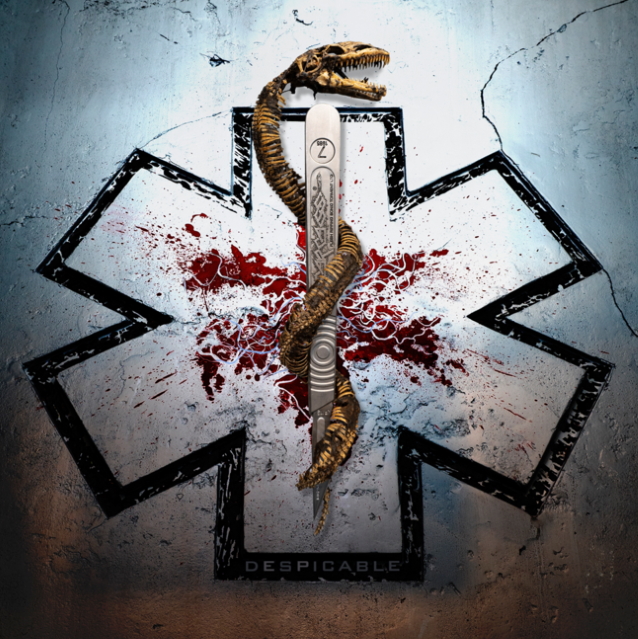