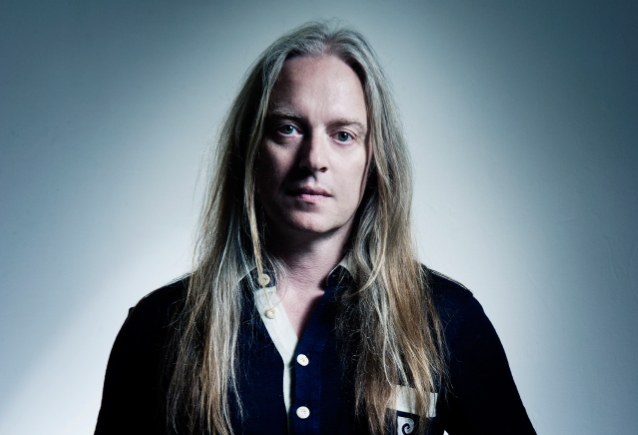 CARCASS's BILL STEER: 'We've Always Been Quite Stubborn And Just Done What We Wanted To Do'

In a new interview with V13, guitarist Bill Steer of British extreme metallers CARCASS spoke about the band's latest album "Torn Arteries", which sees them once again combining the breakneck intensity that defined their earliest years with the vastly tighter and more polished tone that characterized their later efforts.

"We've always been quite stubborn and just done what we wanted to do at any given time," he said. "And sometimes that means you're gonna be out of step with the prevailing trends at that time. But it's definitely better to be honest about where you're at and what you're into, 'cause if you go chasing an audience, you end up making a clown of yourself, really.

"We don't really analyze it," Steer said about CARCASS's unique sound. "All you've got is your gut instinct, I think, with music, in terms of the direction it's going. I guess the primary motivation is the same that we've always had, which was to make music that we wanted to hear. Obviously, when you start a group, you set certain parameters for yourselves, stylistically, and some of those elements are still there in our music now; it's just we've managed to broaden our scope over the years. But, yeah, I just tend to feel like if you try and guess what listeners will make of it, you're already a bit lost. And you've just gotta complete it to the best of your ability, craft it until you feel like you can stand behind the thing, push it out there."