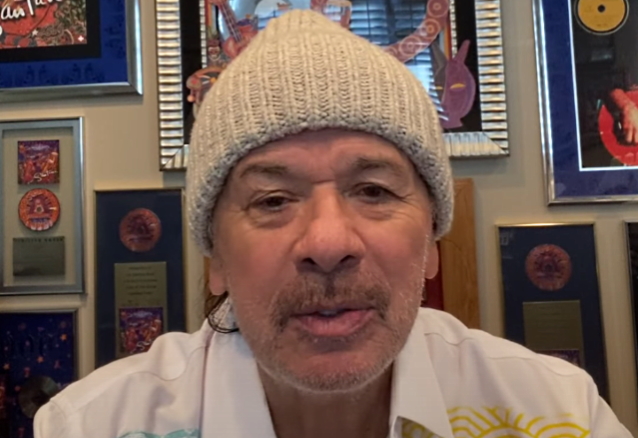 Carlos Santana has canceled his Las Vegas residency dates following a health scare. The guitarist was scheduled to perform eight dates at House of Blues at Mandalay Bay this month, beginning on Wednesday.

Santana said in a YouTube message Wednesday afternoon he had experienced chest discomfort Saturday and asked his wife and bandmate Cindy Blackman Santana to take him to the hospital.

"Just wanted to share with you some clarity with specificity what's been going on with my physicality," Santana said in the video. "There's been rumors flying around here and there about this and that. So, I'm here to just crystallize and make it clear. Last Saturday I had an incident where I asked my wife Cindy to take me to the hospital 'cause I had this thing happening in my chest.

"So, when we went there we found out that I needed to take care of it," he added. "So I am, and so I'm going to be taking time out for a little bit to make sure I replenish and I rest and catch up with my health so that when I play for you I would play the way I'm used to and give you 150 percent. I wouldn't show up unless I can do that. So other than that, I hope you and your family are enjoying good health, peace of mind, and joy. I know I will. Thank you for being a fan, and your oneness, and your caring. Peace."

Michael Vrionis, the president of Santana's management company Universal Tone Management, said in a statement that the legendary guitarist "had an unscheduled heart procedure that impacted his performance in Las Vegas" and added that he is "doing fantastic and is anxious to be back on stage soon. He profoundly regrets that this 'speed bump' necessitated the cancellation of his upcoming performances. He is looking forward to seeing you all very soon."

Santana is expected back on stage on January 26, according to the Las Vegas Review-Journal.

Carlos is currently promoting his latest album, "Blessings And Miracles", which was released via BMG on October 15. The record's first single, "Move", saw the music legend and guitar icon reteamed with MATCHBOX 20 singer Rob Thomas. 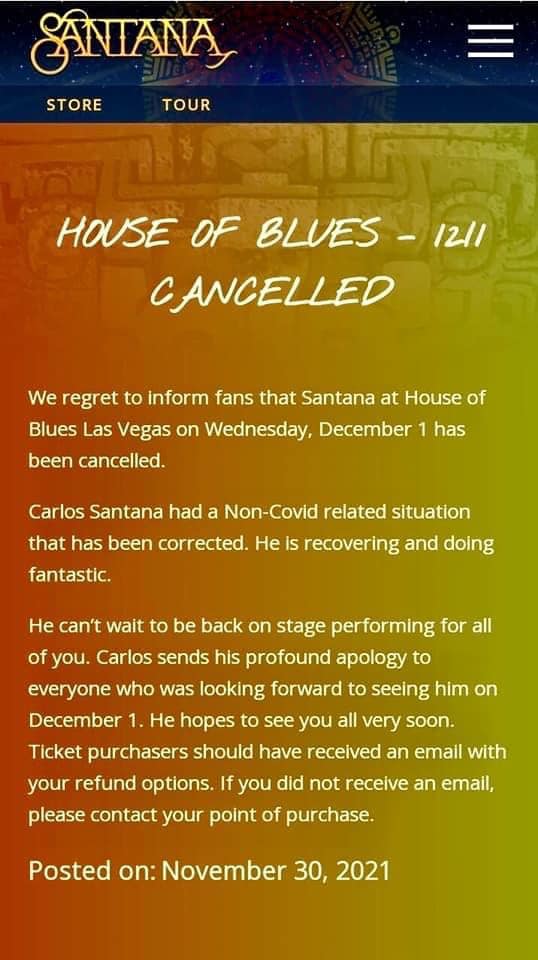 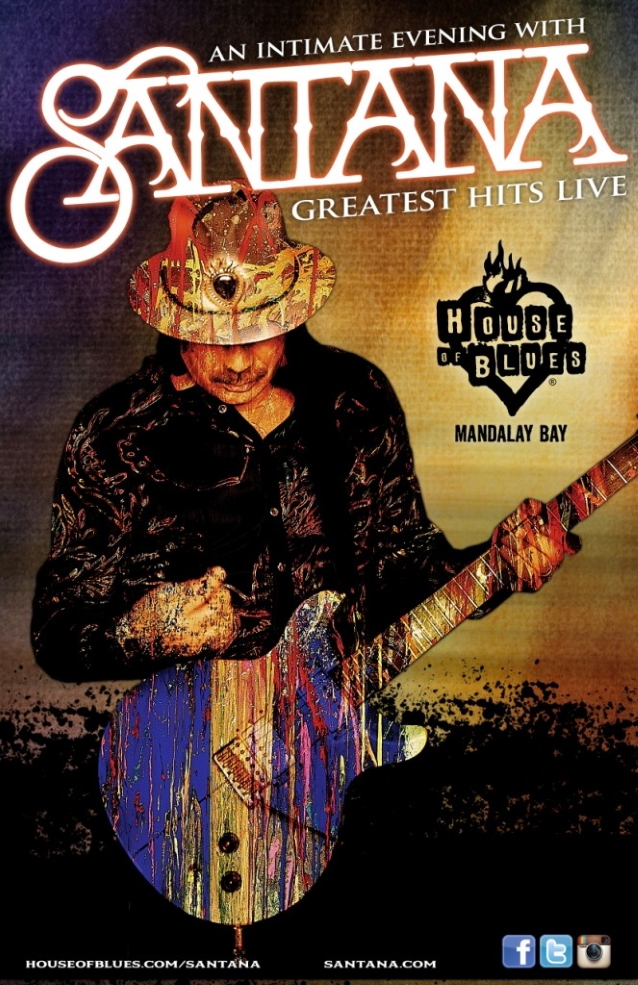