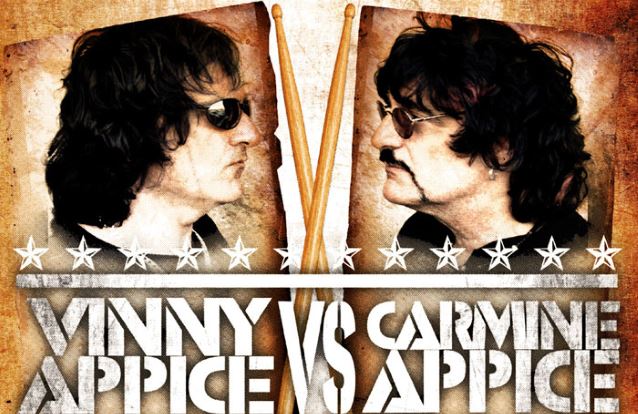 Drumming demi-gods Carmine and Vinny Appice have both had extraordinary careers behind the drum kit, beginning with Carmine's tenure in such legendary classic rock bands as VANILLA FUDGE and CACTUS as well as supporting stints with Rod Stewart and Ozzy Osbourne. Meanwhile, younger brother Vinny made his name as a metal drummer for monster acts such as DIO, BLACK SABBATH and HEAVEN & HELL. Recently these two virtuosos have been wowing audiences with their own rock show called "Drum Wars", featuring not only the hits of their associated bands but also a thrilling series of solos that pit them against each other like the Gene Krupa/Buddy Rich drum battles of yore. Fortunately for us mere mortals, this unique concert experience was recorded in June of this year at the Iridium in New York and is now available on CD courtesy of Deadline Music and Rocker Records.

For those unsure of their ability to withstand the aural assault that the Appice brothers bring, a free downloadable track from the album has been made available on the Rocker Records web site. Check it out below.

"When me and Vinny play together, we push each other to our limits," says Carmine. "Either while drum battling or playing great songs from our history on this CD, while backed up with a great band behind us."

Adds Vinny: "A CD of great music and drums that punch with power and energy." 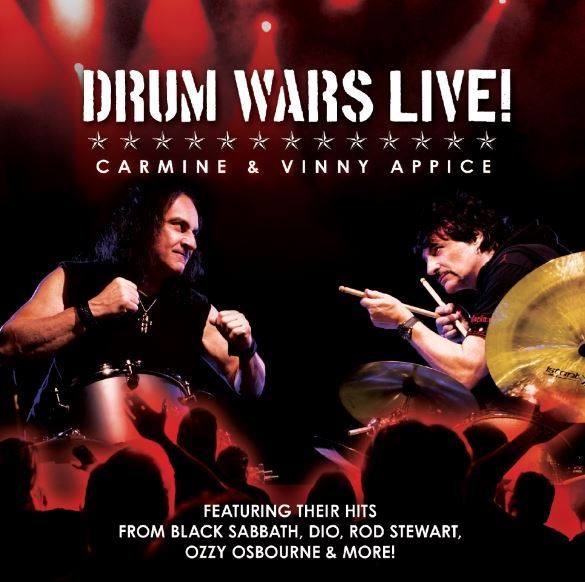