Legendary drummer Carmine Appice is scheduled to re-release his GUITAR ZEUS project, a compilation album featuring a who's who list of the best and world-renowned guitarists on the planet backed by his core band featuring Tony Franklin (THE FIRM, BLUE MURDER) on bass, Kelly Keeling (TSO, MSG) on vocals, keys and rhythm guitar, and Appice on drums.

Originally released as two separate albums in 1995 and 1997, this new re-mastered album (by Stephen DeAcutis; VANILLA FUDGE, Corey Glover, OVERKILL, Cyndi Lauper) combines both releases as one complete version on January 18 for the first time ever across all digital platforms, as well as feature five brand new songs with Ron "Bumblefoot" Thal, Pat Travers, John Norum, and top Japanese guitarists RaiZi and Char. Select songs will also be available on a special limited-edition vinyl and CD.

"The GUITAR ZEUS project, for me, was an amazing experience that has never been done before by a drummer, especially with so much talent on one album!" Carmine said. "You get your money's worth! Writing all the songs with my band (Tony and Kelly) and then picking out songs for each guitarist was a fun and time-consuming process, especially coordinating everybody's schedules and recording sessions.

"From the opening note, one can tell this is going to be something special. I consider these drum tracks to be some of the best performances in my career, topped off with working with so many great guitarists and singers. The combination of players and song selection is something special with some of the tunes is out of the ordinary and ahead of their time!"

Said Brian May: "As soon as I heard the track, I thought it had a very haunting quality, evoking the '60s, but with a very modern slant. I also found the backing track very powerful and appealing, driven by Carmine's very recognizable style; so I was keen to play on the track straight away." 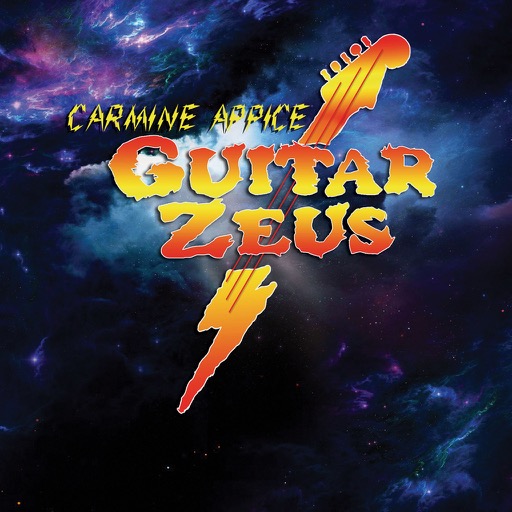