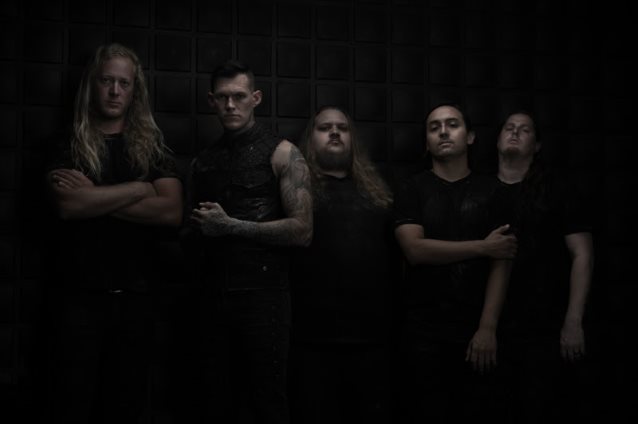 California-based metal outfit CARNIFEX will enter Audiohammer Studios in Sanford, Florida to begin recording its new album for a summer release via Nuclear Blast. The as-yet-untitled CD will be produced by CARNIFEX and Mick Kenney, co-produced by Jason Suecof and mixed by Mark Lewis.

"Album number six, over 10 years as a band and we have more fire and passion than ever," comments CARNIFEX vocalist Scott Ian Lewis. "This album will reshape our genre and be looked back on as an album that started a new movement for aggressive, dark metal. We're going to show those who love us and those who hate us just how far reaching our ambition is."

CARNIFEX's latest album, "Die Without Hope", debuted at No. 98 on The Billboard 200 chart upon its release in March 2014 via Nuclear Blast. The CD was recorded at Audiohammer with producer Mark Lewis. Cover art for the effort was created by renowned artist and longtime collaborator Godmachine. The recording marke the introduction of CARNIFEX's new lead guitarist Jordan Lockrey.