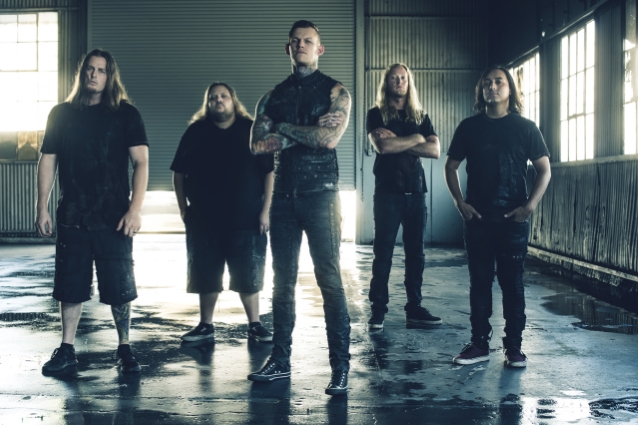 Symphonic deathcore merchants CARNIFEX have released a brand new EP, "Bury Me In Blasphemy". The effort was mixed by Jason Suecof (DEATH ANGEL, CHELSEA GRIN, JOB FOR A COWBOY) and artwork was created by Zack Dunn.

The official music video for the "Bury Me In Blasphemy" title track can be seen below.

CARNIFEX's latest album, "Slow Death", was produced and recorded by CARNIFEX and Jason Suecof and co-produced by Mick Kenney (ANAAL NATHRAKH, BLEEDING THROUGH). It was mixed by Mark Lewis (THE BLACK DAHLIA MURDER, WHITECHAPEL, DEVILDRIVER, DEICIDE) at Audiohammer Studios in Sanford, Florida. Cover art for the album was created by renowned artist and longtime collaborator Godmachine.

CARNIFEX began carving out a bond with the audience way back in 2005. Over the course of four albums — "Dead In My Arms", "The Diseased And The Poisoned", "Hell Chose Me" and "Until I Feel Nothing" — the band attracted a diehard following. Engaging a hiatus in 2012, they returned a year later with a vicious and vigorous vitality. It's only grown since and is on full display on "Slow Death". 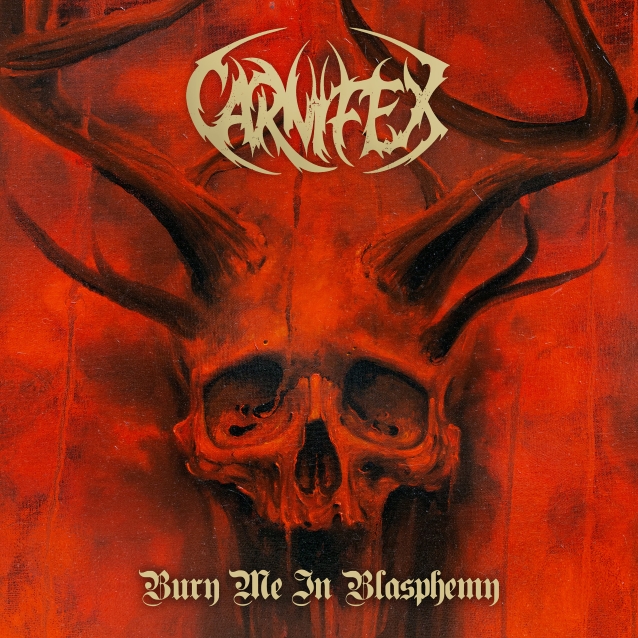