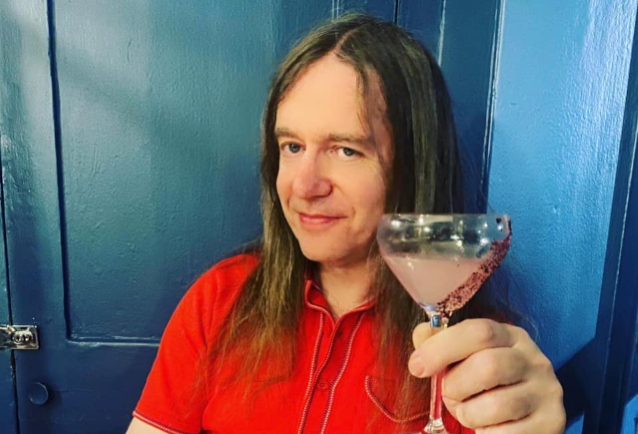 Wagner, who was TROUBLE's original singer, died yesterday (Sunday, August 22) after a battle with COVID pneumonia. He was 62 years old.

Earlier today, Dorrian took to his Facebook page to write: "I had heard that Eric Wagner was ill in hospital but doing well and receiving good care. The news that he has died is nothing less than a tragic shock.

"There's no denying that TROUBLE were a massive influence on me since first hearing them in the mid 80s and they changed the very notion of what true heaviness was to me. Their first two albums in particular are stunning examples of how soulful and punishingly heavy the art of Doom Metal can actually be. They completely reinvented the genre and transcended the basic formula into something truly unique. Their influence on early CATHEDRAL was unquestionable, even more-so than [BLACK] SABBATH, particularly with regard to the the twin guitar aspect. To me, 'The Skull' is the heaviest Doom Metal album ever recorded. I still remember the day it came in to Revolver record shop in Coventry and asking the guy behind the counter to play it. It literally felt like the building was about to collapse when 'Pray For the Dead' kicked in.

"The first time TROUBLE came to the UK in 1990, I went to every show bar Scottish dates. We (CATHEDRAL) toured with them on several occasions and some crazy, crazy times were had.

I had heard that Eric Wagner was ill in hospital but doing well and receiving good care. The news that he has died is...