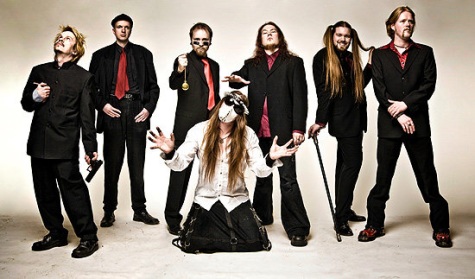 Finnish cinematic extreme metallers CHAOSWEAVER have inked a worldwide deal with Napalm Records. The band has completed work on its second album, due later in the year.

Commented the group: "We are thrilled and honored to join the Napalm family, the home of some of our favorite bands such as TIAMAT, SUMMONING and CANDLEMASS. Cooperation with such a notable and capable label, which shares our vision, is exactly what we were looking for. With the help of our new allies, our dark symphonies will be heard all around the globe. Let the pandemonium spread like wildfire in an ocean of gasoline!"