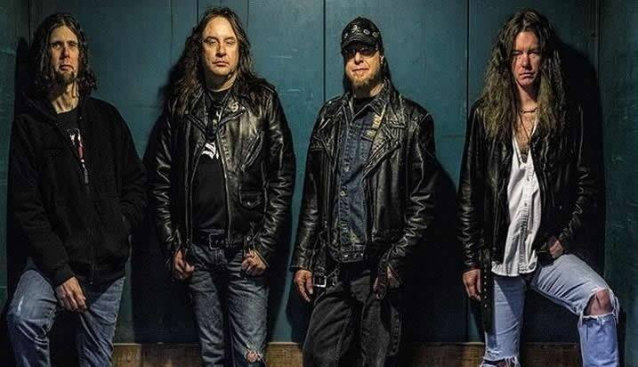 THE MIGHTY SWINE, which features in its ranks CHASTAIN bassist Mike Skimmerhorn, will release its new album, "Last Man Standing", on May 20 via Broad Horizon Records, Inc.

THE MIGHTY SWINE once again teamed up with Rob Nadler at Fat Track Studio in Forest Park, Ohio to record the 11-song disc. The first single is the title track and will feature a video by Nikk Hearn-Sutton. Other songs include "All That Is Evil", "Two Graves", "Tomorrow", "Vengeance is Mine" and "Dead Man's Stare", for a darker, more political stance than previous releases. It will also feature a scorching rendition of the JUDAS PRIEST classic "Hell Bent For Leather" and the bonus track: "Pool Of Emptiness" (a.k.a. "P.O.E."),which Mike demoed for Broad Horizon Records five years ago.

THE MIGHTY SWINE went on hiatus in 2013 while Mike recorded "Surrender To No One", but has returned with a vengeance. After working with David T. Chastain again, Mike wanted to pursue a more progressive, guitar-driven sound aimed at the purists, along with a more modern drummer than the previous releases. He enlisted Stacey Donahue and Jeff Tong on guitar and Rory Faciane on drums for this latest release and the result has been amazing. "I couldn't be any happier with the way this (disc) has turned out," he said. "This is the album I have always wanted to make. I truly feel that this is THE SWINE's best and heaviest material since its inception... our first true metal album." 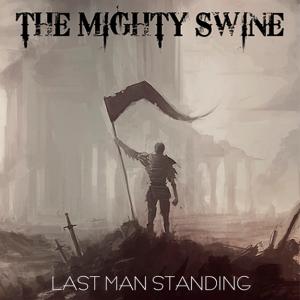