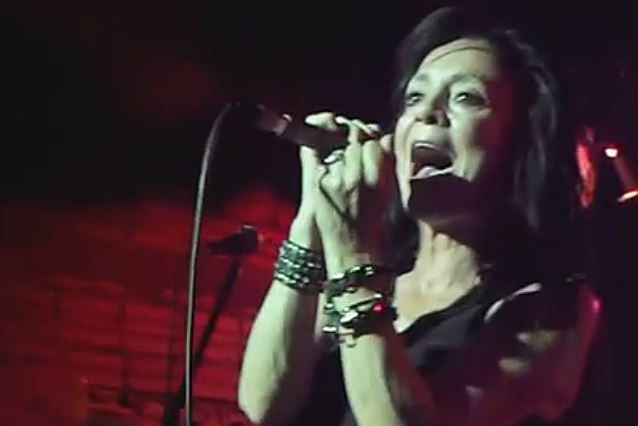 CHASTAIN singer Leather Leone has announced a couple of solo shows in May. Her backing band will consist of David Harbour (CHASTAIN, KING DIAMOND),Jim Dofka (DOFKA) and Brian Harris (DARKOLOGY).

Leather states: "At this time, the set will include material from the seven records with CHASTAIN, and also from the solo effort 'Shockwaves'.

"We are starting out slow to find our groove and hopefully will begin a new project together and write some interesting metal!

"I look forward to running into all my diehard metal friends, and, of course, playing with these incredibly talented musicians."

The new CHASTAIN album "We Bleed Metal" was released last November. It was the follow-up to the band's 2013 reunion CD "Surrender To No One". That release marked the return of Leather Leone. She has long been considered one of the originators of the female power metal vocal style. Leather was the vocalist on the classic CHASTAIN albums: "Mystery Of Illusion", "Ruler Of The Wasteland", "The 7th Of Never", "The Voice Of The Cult" and "For Those Who Dare".