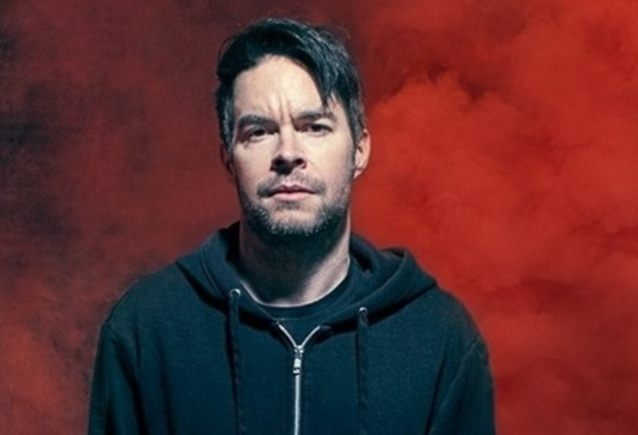 CHEVELLE's PETE LOEFFLER Is Ready To Get COVID-19 Vaccine: 'Anything To Start The Process Of Getting Back To Normal'

CHEVELLE vocalist/guitarist Pete Loeffler spoke to the KFMA 102.1 radio station about what it will take for him and his bandmates to feel comfortable about returning to the road during the pandemic. He said (as transcribed by BLABBERMOUTH.NET): "We're all kind of waiting and watching — waiting for them to open up the vaccines to younger people. If somebody called me and said, 'Come out and get it,' I would get in my car and go. Anything to start the process of getting back to normal, I'm up for. I'm a big believer in the progress we've made over the last hundred years — two hundred years, or whatever it is — of vaccines eradicating diseases. So I'm on board. I wanna get back to work, I wanna have fun, I wanna get back to what we do, and I want everyone else to as well.

"The music business has been decimated through this," he continued. "That's my world. But I know the world has — every industry has been affected in a bad way. We've gotta pull ourselves out of this in some way. I'm hopeful. We have shows booked for the second half of the year, starting as early as July. They're outdoor festivals. We'll see if they happen. I've been watching Europe, and, unfortunately, they're canceling some festivals. And I don't know what's gonna happen there; I don't know how many are gonna go off at all. It makes me a little worried, but I'm just waiting and watching.

"I'll keep working," Pete added. "We'll keep writing music and preparing for the next [album] if we don't go on the road. But I want full circle; I want us to get back to it, like everyone."