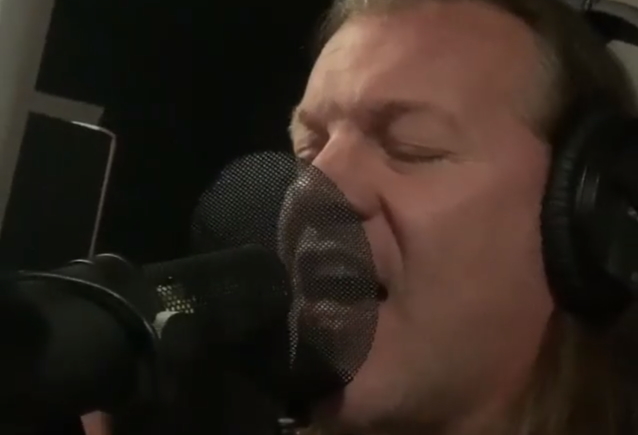 FOZZY singer Chris Jericho has entered the studio to resume recording the vocals for the band's next album.

Earlier today, Jericho posted an Instagram video of him in the studio and he included the following message: "So stoked that @fozzyrock sessions are back in....session! #newalbum".

Chris recently said that FOZZY's next LP will contain 12 songs, including one cover. During the July 25 episode of his "Saturday Night Special" weekly live series, he said: "It's our best album ever by far, and I can't wait for you guys to get a chance to hear it. And we're gonna start recording vocals… We did four songs of vocals already. And one of the songs is called 'Ugly'. There you go. U-G-L-Y. You ain't got no alibi. That's all I'm saying."

Last month, FOZZY announced the rescheduled "Save The World" tour dates, starting October 3 in Dallas, Texas and ending on November 22 in Nashville, Tennessee.