CHRIS POLAND's OHM: To Open For GEORGE LYNCH In Anaheim

Advance reservations can be made by contacting Tone Merchants at [email protected] or by calling 714-288-9583.

Chris Poland and OHM: bassist Robertino Pagliari have announced their appearance schedule for this month's NAMM (National Association Of Music Merchants) show, which is being held January 15-18 at the Anaheim Convention Center in Anaheim, California.

Poland is currently writing a guest instructional column series for Guitar Edge magazine, the first of which, entitled "Tryin' Triads," is on newstands now.

Pagliari is currently featured in the latest issue of Bass Player magazine, where he discusses OHM:'s latest release, "Circus of Sound", and his approach to the six-string fretless bass.

"Circus of Sound" was released August 26, 2008 via Shrapnel/Tone Center Records.

Watch for the release of another exciting project Chris Poland and Robertino Pagliari were involved in featuring Jake Cinninger (guitar),Kris Myers (drums),and Joel Cummins (keyboards) of UMPHREY'S MCGEE. Details on this exciting release from Magna Carta Records will be made available soon. 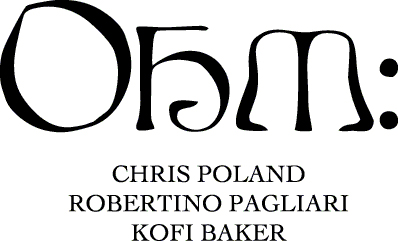 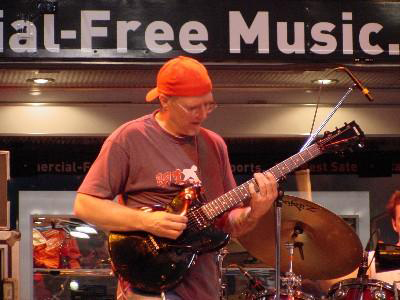