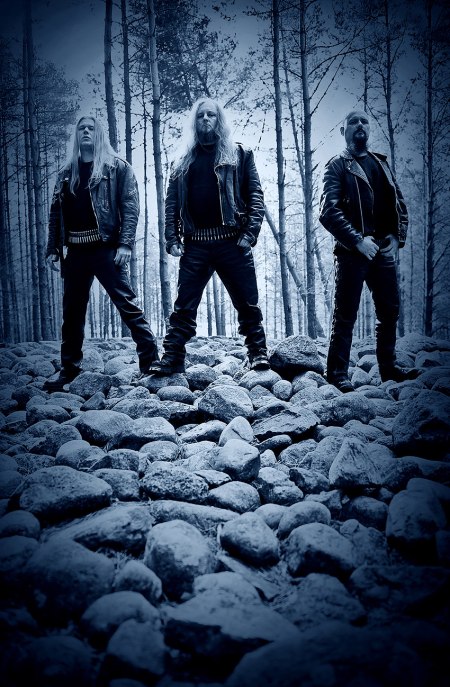 Polish black metal legends CHRIST AGONY have entered Studio X in Olsztyn, Poland with engineer Szymon Czech to begin recording their ninth album, "NocturN", for a fall release via Mystic Production. The cover artwork and the graphic design for the follow-up to 2008's "Condemnation" will be handled by BlackTeamMedia. Session drums on the effort are being performed by Zbigniew Robert "Inferno" Prominski (BEHEMOTH, AZARATH).

Commented the band: "After three days of hard work in BEHEMOTH's rehearsal room in Gdansk, CHRIST AGONY drove to the Stone Circles near Koscierzyna - Kaszuby to make a photo shoot for the new album. There under the eye of Krzysztof 'Sado' Sadowski the blasphemous union took place...

"Inferno has just finished recording the drums of death and destruction. The sound already is Mighty and Eminent... The 'NocturN' is coming!"

According to a press release, "NocturN" will consist of "one long suite, divided into eight heavy-as-hell opuses."