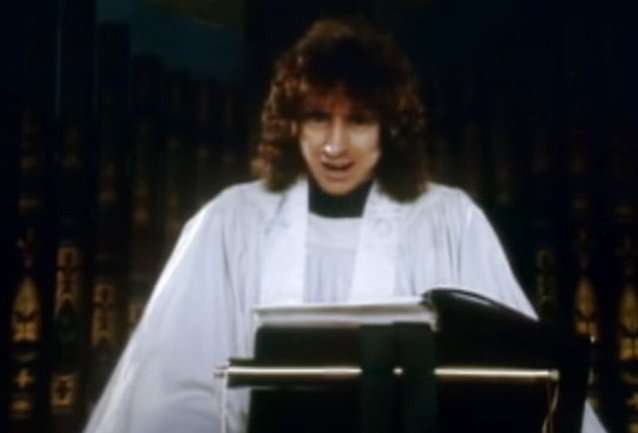 Church Where AC/DC Filmed 'Let There Be Rock' Video Sells For $3.99 Million

According to Real Commercial, the Australian church where AC/DC filmed its "Let There Be Rock" video has sold for six million Australian dollars (approximately $3.99 million).

The Kirk church in Sydney was listed for an estimated 4.5 million Australian dollars (approximately $2.99 million) but 42 bids shot it well past the reserve.

The video for the title track of AC/DC's "Let There Be Rock" album was filmed in July 1977 inside the church, with singer Bon Scott in the pulpit. Bassist Cliff Williams appears in the video although Mark Evans played on the LP. Williams replaced Evans once the album was released.

Scott was invited to join AC/DC by Malcolm and Angus Young in 1974, and achieved international stardom before his death at the age of 33 from alcohol poisoning.

Scott died of acute alcohol poisoning after a night of heavy drinking at a club in London, just days after attending a session with Malcolm and Angus Young where they began working on music for what became the "Back In Black" album.

According to the AC/DC FAQ web site, Bon and the friend, a musician named Alisdair Kinnear, had been drinking the evening of February 19, 1980 and Bon apparently fell asleep during the ride home. Kinnear could not wake Bon, so he left him in the car to sleep. Kinnear awoke early in the evening on February 20, checked on Bon, and found him unconscious in the car. Bon could not be revived, and was pronounced dead.

AC/DC's latest studio album, "Power Up", came out in November 2020. The follow-up to 2014's "Rock Or Bust" featured AC/DC's reunited lineup of Angus, Brian Johnson (vocals),Phil Rudd (drums),Cliff Williams (bass) and Stevie Young (guitar). Johnson and Williams both left in 2016 for health reasons; and Rudd was sidelined in 2015 with various legal issues.