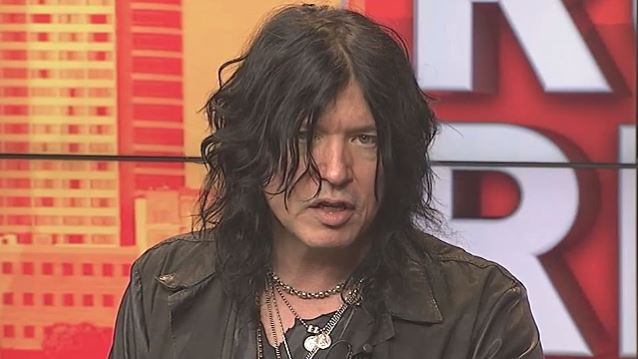 Asked what his next project is going to be and whether there are plans for him to record another solo album, Keifer said: "Well, you know, [Keifer's 2013 solo debut 'The Way Life Goes'] has really taken on a life of its own. And the label is very committed, and that effort's ongoing there. And we're having such a good time touring with the band. And the live thing has really grown. So I take things one day at a time. I mean, I have been starting to write a little bit again. So I'll probably start thinking about getting into the studio to record some tracks at some point. But this year is gonna be all about touring again behind this record, 'cause it's still moving; it still has an energy to it."

Keifer also spoke about how his solo material is being received when he performs the songs alongside the CINDERELLA classics.

"That's the cool thing at the show — they sit alongside each other pretty well, and it goes in and out," he said. "And the new stuff gets probably just as good a response. That, for me, as a writer… When you put out something new, and you go and you play it alongside things that have been in people's minds for years and years and years, you're always afraid what people are gonna think. But they've been received very well."

"The Way Life Goes" sold 5,400 copies in the United States in its first week of release to land at position No. 78 on The Billboard 200 chart. The CD was released on April 30, 2013 via Merovee Records (through Warner Music Group's Independent Label Group).

"The Way Life Goes" is a raw, introspective look at the roller coaster ride that has been Keifer's life for the past 17 years. From being told that he would never sing again as a result of a partially paralyzed left vocal cord, to the emotional and personal battles that followed, his solo debut is a story of perseverance, a testament to the power of passion and will, when combined with a true love of music.