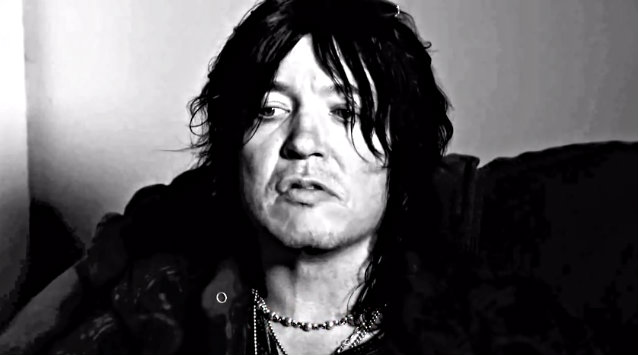 On May 31 at the Stone Pony in Asbury Park, New Jersey, Tom Keifer, best known as the singer/songwriter/guitarist of the Philadelphia-based blues-rock band CINDERELLA, spoke to Rock Scene magazine about being first exposed to rock music by seeing THE BEATLES on TV when he was about seven or eight years old, and his other early musical influences. Check out the clip below.