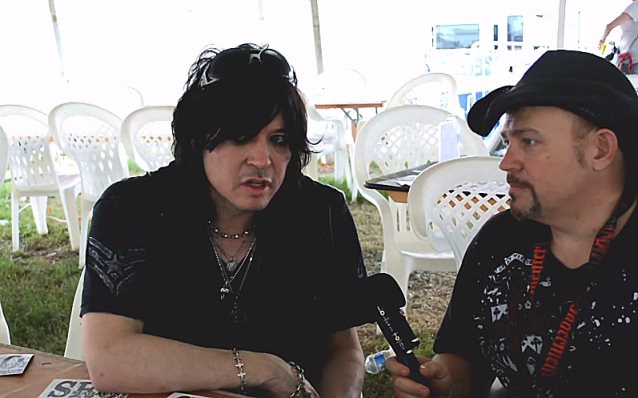 SROmaginc.com conducted an interview with Tom Keifer, best known as the singer/songwriter/guitarist of the American blues-rock band CINDERELLA, at this year's Rocklahoma festival, which was held May 23-25 at "Catch the Fever" Festival Grounds in Pryor, Oklahoma. You can now watch the chat below.

Keifer's video for the song "The Flower Song" can be seen below. The track was inspired by Tom's wife Savannah, who also wrote and co-produced some of Keifer's debut solo album, "The Way Life Goes", which sold 5,400 copies in the United States in its first week of release to land at position No. 78 on The Billboard 200 chart. The CD was released on April 30, 2013 via Merovee Records (through Warner Music Group's Independent Label Group).

"The Flower Song", the album's first single, was serviced to AAA radio stations nationwide on February 4, 2013, while "Solid Ground" was serviced to all rock formats on March 11, 2013.