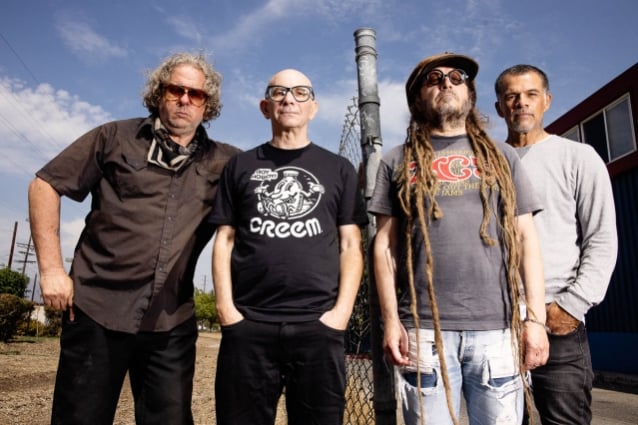 The CIRCLE JERKS lineup for the upcoming shows will include singer Keith Morris, guitarist Greg Hetson and bassist Zander Schloss, along with the group's latest addition, drummer Joey Castillo (THE BRONX, QUEENS OF THE STONE AGE, DANZIG, BL'AST!, WASTED YOUTH).

From the beginning, the CIRCLE JERKS were rooted in controversy. Formed by ex-members of BLACK FLAG and REDD KROSS in late 1979, the band came to encapsulate the image, sound and energy of California hardcore punk.

CIRCLE JERKS have released six studio albums, one compilation, a live album and a live DVD. The band has broken up and reformed several times, sometimes with different bassists and/or drummers.

In 2016, Morris released a memoir, "My Damage: The Story of a Punk Rock Survivor", in which he fired shots at former bandmates, including Hetson. 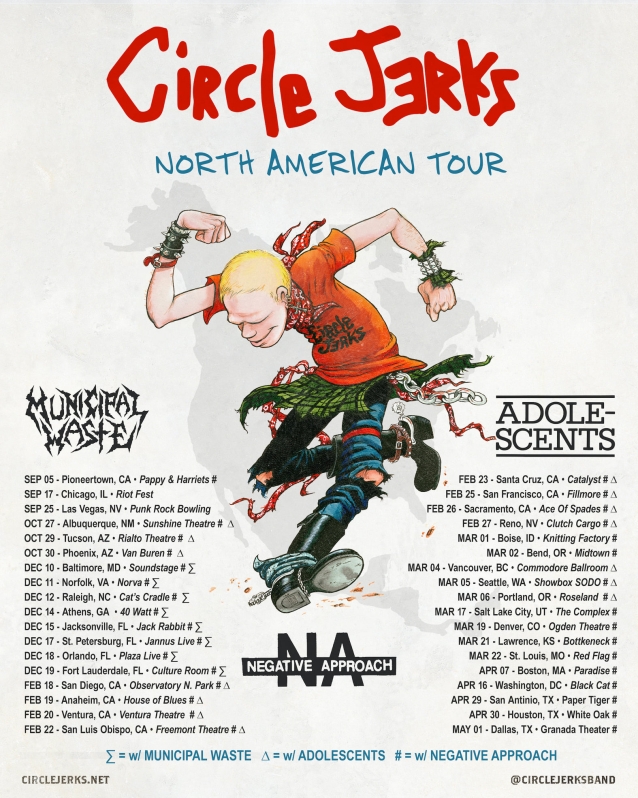