Maryland rockers CLUTCH have just announced a string of spring headline tour dates starting on April 27 in Chattanooga, Tennessee. Support on the tour will come from THE BRONX, RED FANG and FIREBALL MINISTRY. Fan club pre-sale tickets will go on sale today, Tuesday, January 30 at 2:00 p.m. and will be available through Thursday, February 1 at 10:00 p.m. Tickets will go on sale to the general public Friday, February 2 at 10:00 a.m. at local outlets as well as at Pro-Rock.com.

Guitarist Tim Sult recently told The Advocate that he was excited about finally working on the follow-up to 2015's "Psychic Warfare".

"They're my favorite songs," he said of the new material. "At this point, we probably have more songs than we've ever had before going into the studio. The material is a little heavier. It has a more doomed-out vibe and feel. We're going to record more live.

"It's our first time recording in Nashville," he added. "Who knows? We might end up with something that sounds like a Garth Brooks album."

"Psychic Warfare" debuted at No. 11 on The Billboard 200 chart after shifting 26,000 equivalent album units in the week ending October 8, 2015. The disc was released via CLUTCH's own label, Weathermaker Music. 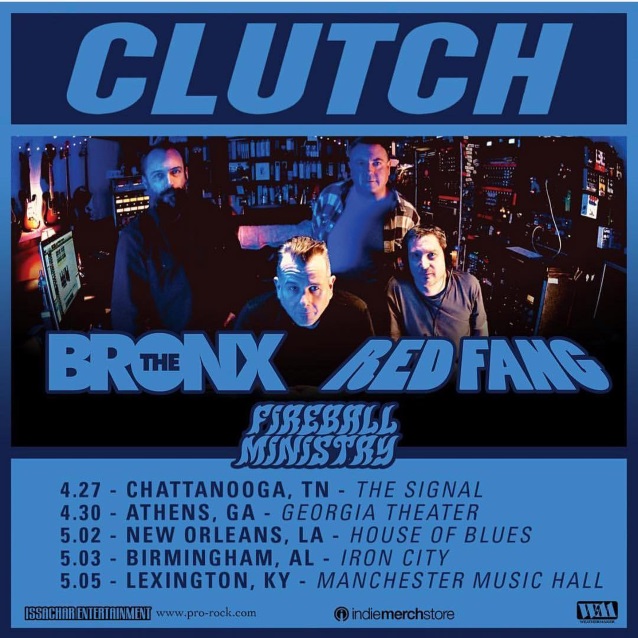