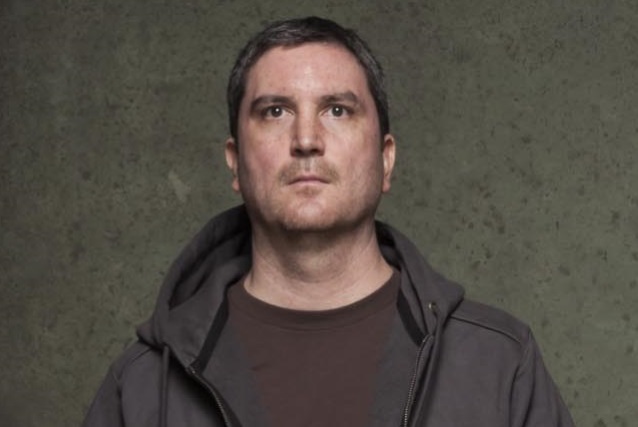 Jaide Alicia of Center Stage Magazine conducted an interview with CLUTCH bassist Dan Maines prior to the band's July 15 appearance at this year's Chicago Open Air, which was held at Toyota Park in Bridgeview, Illinois. You can listen to the entire interview below. A few excerpts follow (transcribed by BLABBERMOUTH.NET).

Dan: "As far as like being influenced as a bass player, bassists that have influenced me over the years, Geezer Butler from BLACK SABBATH has been a huge influence on me. Darryl Jenifer from the BAD BRAINS. Those guys [BAD BRAINS] were from the suburbs of D.C., growing up, they were the D.C. punk heroes. Being lucky enough to see them in the late '80s when it was just life-changing for me. I always was into music, but it wasn't really until that time period that I started playing guitar and seeing bands like the BAD BRAINS in a tiny place, like the original 9:30 Club. That solidified my wanting to be in a band, doing what we're doing."

On whether he's a big punk fan:

Dan: "Sure. Any of the Dischord [Records] bands who were prevalent in the '80s and going into the FUGAZI-era of the '90s, big influences on us."

On what inspired CLUTCH's sound:

Dan: "I think it's really a combination of the four of us kind of building off of what came natural to us when we first got together and trying to inject different styles outside of the typical pool of influences. Our drummer, Jean-Paul [Gaster] listens to a lot of jazz music. His playing is very inspired by the great jazz drummers. Neil [Fallon] our vocalist, he's really into blues, like old Delta blues. He definitely has brought that kind of an influence into our sound. Then you have the classic rock bands, like ZZ TOP, LED ZEPPELIN, BLACK SABBATH."

On the albums that have inspired him the most:

Dan: "'Band Of Gypsys', the [JIMI] HENDRIX [live] album, I can listen to that from beginning to end, all day long. [CREAM's] 'Live Cream'. Pretty much any SABBATH album."

Dan: "Our hopes are to get into the studio first thing in the beginning of the new year and record an album."

CLUTCH will embark on the next leg of its "Psychic Warfare" tour starting November 29 in Greensboro, North Carolina. Support on the trek will come from DEVIN TOWNSEND PROJECT and THE OBSESSED.

The band's last disc, "Psychic Warfare", debuted at No. 11 on The Billboard 200 chart after shifting 26,000 equivalent album units in the week ending October 8, 2015. The disc was released via CLUTCH's own label, Weathermaker Music.