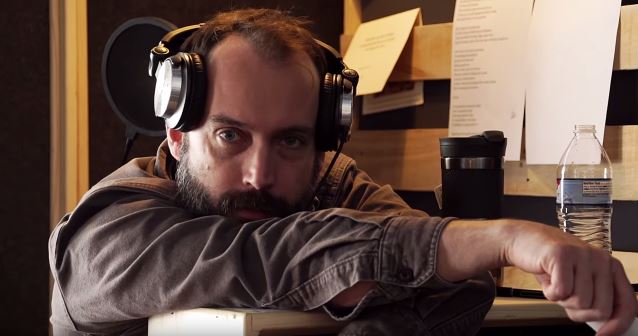 The three and final video clip shot by David Brodsky and his company My Good Eye: Music Visuals, which gives fans an unprecedented view into the studios, as well as insight into the thoughts and ideas behind the making of the new CLUTCH album, "Psychic Warfare", can be seen below. In this final segment, the band and producer Machine finish up and go to mixing the record.

"Psychic Warfare" will be released on October 2 via CLUTCH's own label Weathermaker Music. The CD consists of 12 new tracks.