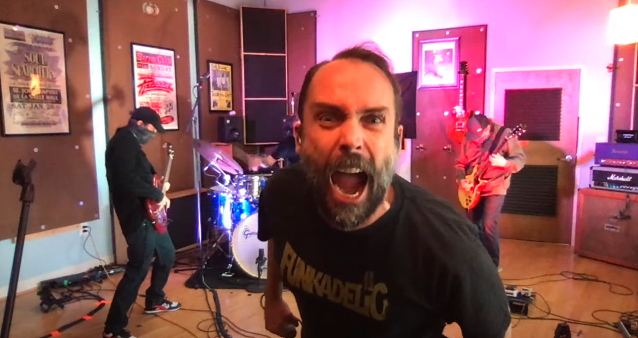 As most of the globe adjusts to the new reality of life under self-quarantine in the midst of the coronavirus pandemic, a number of artists have taken the show online to share some musical joy during these trying times. One of the latest acts to look for a new, temporary way to bond with fans until a return to normal is the Maryland outfit CLUTCH, which livestreamed another three-song set from its rehearsal space on Thursday (April 23).

The 16-minute video, consisting of the tracks "Noble Savage", "The Face" and "Earth Rocker", can be seen below.

Frontman Neil Fallon confirmed to Sonic Perspectives that CLUTCH has commenced the songwriting process for the follow-up to 2018's "Book Of Bad Decisions" album.