CLUTCH To Release 'The Weathermaker Vault Series Vol. I' This Month

In the summer of 2019, Weathermaker Music began to release digital-only CLUTCH covers and re-recorded songs from their vast catalog as a way to stay active and give fans a regular dose of CLUTCH every six or so weeks. The campaign is called "The Weathermaker Vault Series", and it has been successful so far with the digital release of nine singles. Weathermaker Music is now releasing a ten-track physical album on CD and 12-inch vinyl as "The Weathermaker Vault Series Vol. I". The album will contain one previously unreleased track, a Spanish-language cover version of "Algo Ha Cambiado", a hard-rocking shuffle written by the legendary blues-rock guitarist Norberto Napolitano affectionately known as Pappo of the pioneering Argentinean blues metal band PAPPOS BLUES. The CD and the digital album version will be released on November 27. A 12-inch colored vinyl (Opaque White) LP version will be available in the new year.

"This CLUTCH release is unique in that we chose to record some of our favorite songs by artists that have provided us with inspiration over the years as well as re-record some CLUTCH classics," states drummer Jean-Paul Gaster. "Hitting the studio this way was great to keep our recording chops up as well as celebrate some music that has meant so much to us as fans and musicians."

This past September, Gaster confirmed to the "Cobras & Fire" podcast that he and his bandmates have slowly commenced the songwriting process for the follow-up to 2018's "Book Of Bad Decisions" album.

"On paper, you would think that this would be a creative time for artists, and maybe there are artists out there who are doing some of their best work ever right now, writing their best songs," he said. "I can tell you, for us, we've concentrated mostly on trying to figure out how to stream shows and figure out that technology. And while we have started to write, we are not living in very inspiring times. So it's difficult to get those wheels turning. Not only that, but also knowing that once we have this recording done, it's difficult to say when we're gonna be able to get out there and play these songs."

He continued: "We've always been a band that writes songs and immediately puts these songs into the set. That gives us the opportunity to play these things, and the songs take shape. We really rely on that live environment to bring those songs to life, because oftentimes what sounds great in the jam room does not translate to the live setting. And you can tell that within the first 10 seconds of playing that song; you know right away if something works or not. And so I think we're missing that element. That's not to say that we will not record. But I think for us the challenge is gonna be how do we try to emulate that with this new dynamic. And we're gonna figure that out, no doubt."

Asked if Vance Powell, who produced "Book Of Bad Decisions", will be back to helm the next effort, Gaster said: "[It's] too early to say. We very much enjoyed our time with Vance Powell. I think Vance Powell is probably one of the most talented engineers we've ever worked with. I was continually blown away by the tones that he was able to pull out of the band. And for that reason, that record in particular is one of my favorites. But it's hard to say. We have to really get a collection of songs, we have to sort of get a vibe going of where this material might head before we start making decisions about who [will produce the album] and where we're gonna record."

"Book Of Bad Decisions" was recorded at Sputnik Sound studio in Nashville, Tennessee. The record sold 26,000 copies in America during its first week of availability, giving the group its third consecutive Top 20 album on the Billboard 200. 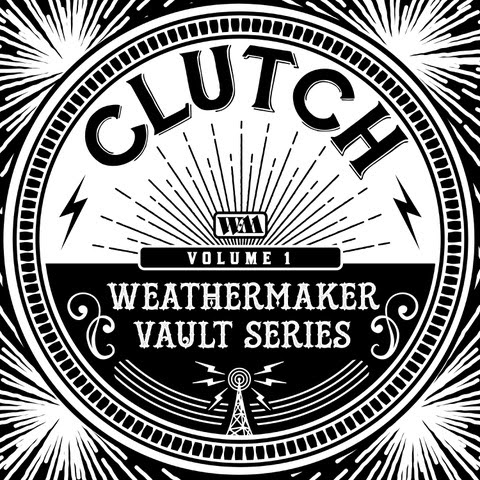