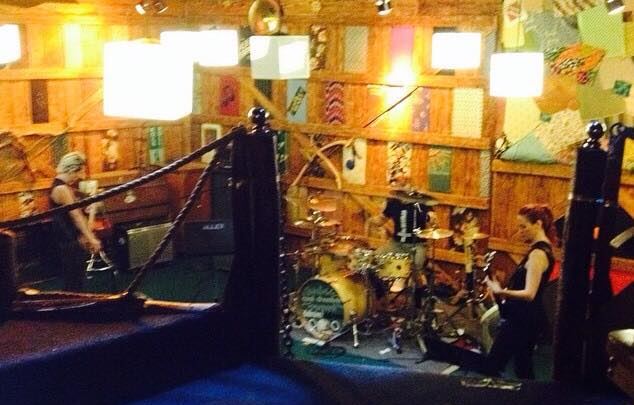 A photo from the pre-production sessions for the new CD can be seen on this page. (Photo credit: Dez Fafara)

Dez told SiriusXM Liquid Metal host Jose Mangin last month about COAL CHAMBER's decision to record a new studio album: "Over the years we just started talking and hanging out, and from there we decided to take it around the world and on a tour, and it went really well. Everywhere we would go crowds were coming out in force, and from there it would come to guys slipping me demoes silently, without anyone really knowing and I loved the stuff. It was evolved, we have evolved, and the music has evolved. And when I heard a couple of the songs I said, 'Man, this could be legitimately really cool.' So we signed with Napalm Records; they'll be our partner in this. The guys have been writing solid, they've been writing for a month now, I got two more songs last night so we have nine. [We're] looking to write 25 and then narrow it down a little, with Mark Lewis producing. They're looking to track in October and I'm tracking vocals in November and we're hoping to be done, mixed, and mastered in January and get it out to people next year."

Asked if DEVILDRIVER is still his No. 1 prirority as the band continues to tour in support of its 2013 album "Winter Kills", Dez said: "Oh, absolutely, that's my baby. The record is still performing well on the charts. The shows that we did were killer. The WHITECHAPEL run was incredible, and we’'re getting ready to go to Australia with WHITECHAPEL in September and the we're going to come back and play the Knotfest in California, with DEVILDRIVER, and we're going to end the 'Winter Kills' cycle there and regroup and hope for a record in 2016."