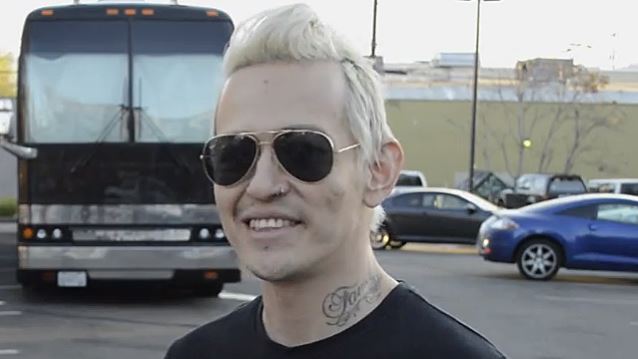 Adam Kirk of Capital Chaos TV conducted an interview with guitarist Miguel Rascón of COAL CHAMBER, the reformed '90s alt-metal band fronted by current DEVILDRIVER singer Dez Fafara, on March 9 at Ace Of Spades in Sacramento, California. You can now watch the chat below.

Speaking about the songwriting approach for COAL CHAMBER's comeback album, "Rivals", Miguel said: "When we went into it, we just into it, like, 'Let's write COAL CHAMBER stuff, but updated.' And just go in hungry. Kind of just… heavy and… just balls out, basically. That was the thought process. You know, we tried not to think about it too much. 'Cause if we think about it too much, things sound contrived, things get second-guessed on, and we didn't wanna do that. We just went in and wrote what we do, and that's how it came out… We went in there without going, 'Oh, let's make it sound like the first record.' Or, 'Let's make it sound like this or that. Or this band.'"

Rascón also talked about what it has been like for COAL CHAMBER to reunite in 2011 and work toward releasing a new album after being away for so long.

"It's amazing to even be part of something… COAL CHAMBER's such a special band to me, and to be part of it still after all these years, and having people respond to it, people commenting on social media… I mean, it feels really good," he said. "We've been broken up… This is our first CD in 13 years, and I think we're getting a lot of really good responses so far. And not playing for that long and then coming back two years ago, people coming to the show, it feels good, man. It feels like people still haven't lost faith in us."

"Rivals" will be released on May 19 North America via Napalm. The group's first CD in over thirteen years was recorded in part at Audiohammer studio in Sanford, Florida with producer Mark Lewis (DEVILDRIVER, CANNIBAL CORPSE).