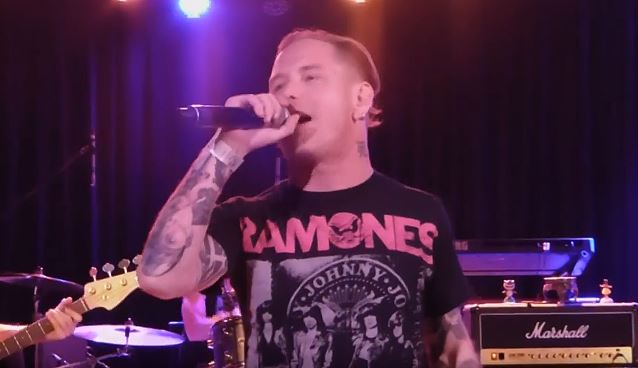 SLIPKNOT and STONE SOUR singer Corey Taylor joined ROYAL MACHINES on stage last night (Monday, December 7) at The Roxy in West Hollywood, California to perform the STONE TEMPLE PILOTS classic "Sex Type Thing" as a tribute to late STP frontman Scott Weiland. Fan-filmed video footage of his appearance — which also included a rendition of THE CULT's "Love Removal Machine" — can be seen below.

Taylor famously slammed Weiland as a "lazy piece of shit" following the former STONE TEMPLE PILOTS and VELVET REVOLVER frontman's decision to record and release "The Most Wonderful Time Of The Year", an album of holiday standards.

During the spoken-word segment at Corey's November 28, 2011 "An Evening With Corey Taylor" solo appearance at Radio Radio in Indianapolis, Indiana, the SLIPKNOT frontman said (see video below): "Does anyone know who Scott Weiland is? Do you know that Scott Weiland has a Christmas album now? [Laughs] Oh, it's bad. It's bad. Let me fucking explain to you how bad it is. There is a video online of him singing, and he's very serious. 'Cause Christmas is serious. His hair is all slicked back and he's in his shitty tuxedo. He goes [imitates Weiland's singing]. So I'm watching this painfully watching this, because hey, know your enemy and I'm just like, 'Why?' It's not that he's a bad singer, 'cause he's not. I love STP, I love some of the shit that he did with VELVET REVOLVER. It's not that he's a bad fucking singer. He's a lazy piece of shit, is what he is at this point. 'I'm gonna get up here' [imitates Weiland singing and makes snoring sound]."

Weiland was found dead on his tour bus last Thursday (December 3) at the age of 48. The suspected cause of death is cardiac arrest, although an official report has yet to be released.

Corey Taylor talking about Scott Weiland back in 2011: 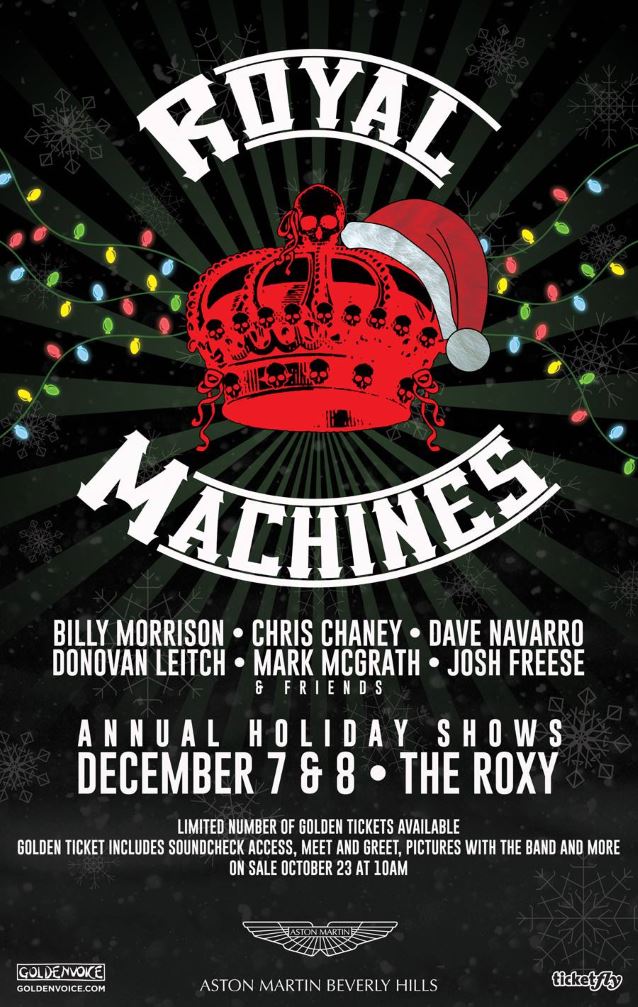