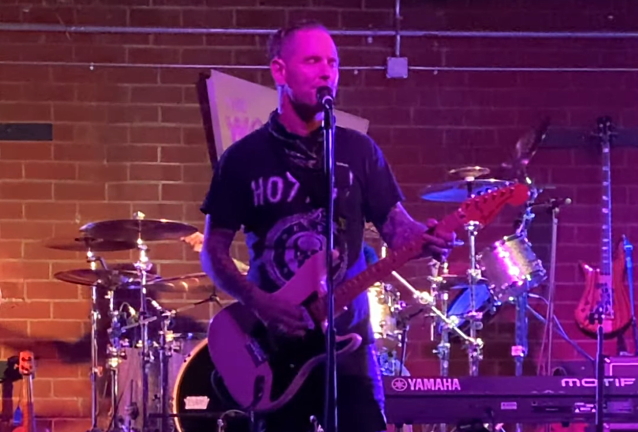 SLIPKNOT and STONE SOUR frontman Corey Taylor played a private, socially distanced, secret show on November 5 in the Los Angeles area. Five lucky winners were selected to attend, with each winner also getting to bring a guest.

The event was part of an effort to generate donations for the the Sweet Relief COVID-19 Fund. Fans hoping to attend the show were asked to make a $5 donation (or more) to enter for their chance to win.

On Thursday (November 12),Corey uploaded a video recap of the event, and he included the following message: "Unbelievable feeling being back in front of a crowd, even if it was only 12 people! Last week's socially distanced secret show in LA was a blast. We played live music again and raised money for @sweetreliefmusiciansfund. Thanks to everyone who donated and thanks to our winners who made it out for the special night."

Corey's debut solo album, "CMFT", was released on October 2 via Roadrunner Records. Taylor recorded the effort with his band consisting of Jason Christopher on bass, Dustin Schoenhofer on drums, and Zach Throne and Christian Martucci (STONE SOUR) on guitar. The LP was completed at Kevin Churko's The Hideout Recording Studio in Las Vegas with producer Jay Ruston, who has previously worked with ANTHRAX, STEEL PANTHER and STONE SOUR, among others.

"I love what I've done in the past, I love the projects that I've been attached to, but this, honestly, was probably the most enjoyable album that I've done since the first SLIPKNOT album," Corey told Kerrang! magazine. "There was such a sense of, 'We're doing it together.' I hadn't felt anything like that for a really long time, man. People grow apart, relationships become fractious… people stop liking each other sometimes, in certain bands, you know? But with this, it was totally different, because we were all friends before that. We just happened to all play together, and then we formed a band around that friendship, and it all really galvanized it."

Earlier in the year, SLIPKNOT canceled all of its previously announced summer 2020 tour dates, including the "Knotfest Roadshow", Knotfest UK and Knotfest At Sea, due to the coronavirus pandemic which is sweeping the globe. 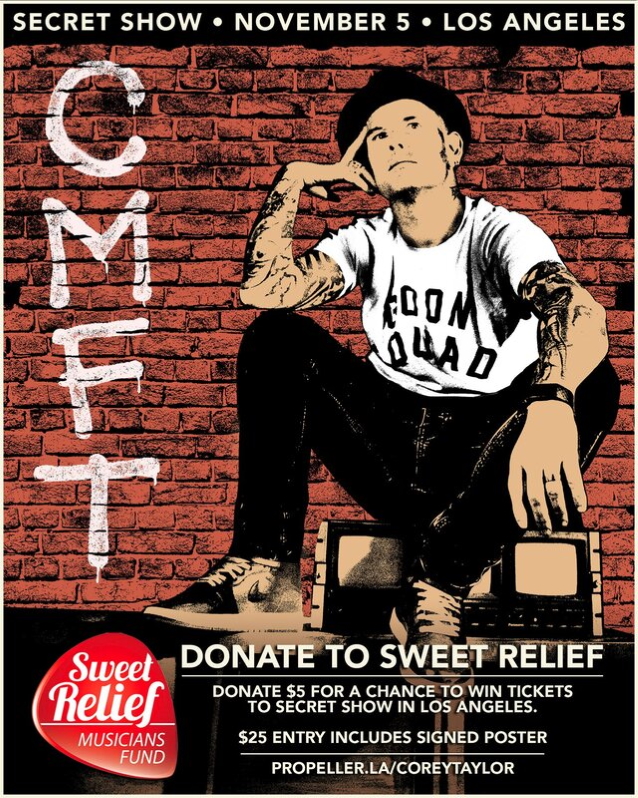