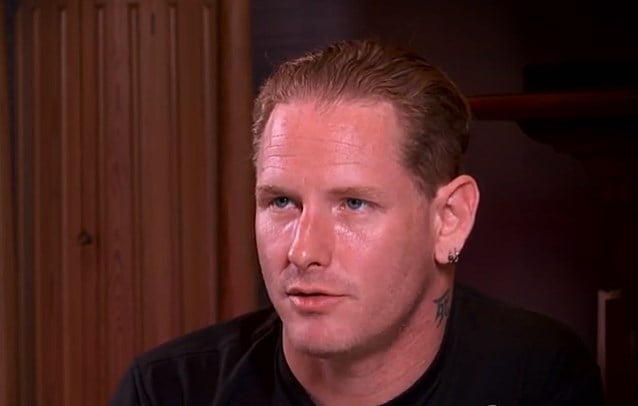 SLIPKNOT frontman Corey Taylorhas revealed to the "Loudwire Nights With Full Metal Jackie" radio show that the band's long-awaited follow-up to 2008's "All Hope Is Gone" is "98 percent done." He added: "I'm in the process of heading to the studio to give a listen, see if there's anything we need to touch up. But yeah, it is very close. The next step is the mix, and we're going to try to get it out very soon. There will be big announcements soon. Big things to hear, soon. That's really all I can say about it. I know we're anything, if not diligent to our plan. The plan is to just slowly but surely get people to lose their minds for the next couple of months with just little stuff here and there leaked."

SLIPKNOT's next CD will be the band's first since the 2010 death of bassist Paul Gray and December 2013 departure of drummer Joey Jordison, one of the group's founding members and key songwriters.

Asked what has been most fulfilling about working on new SLIPKNOT music that he never experienced before, Corey told Full Metal Jackie: "This one, it just feels, there's something weird about this one. Obviously this is the first album we're making without Paul.

"After everything we went through, there's a catharsis that comes with this, being able to throw all the emotion and aggression out that we've been holding onto. At the same time, getting to be creative again. Feeling that juice coming back into us. It's been a real positive experience just from an artistic standpoint, a lyrical standpoint.