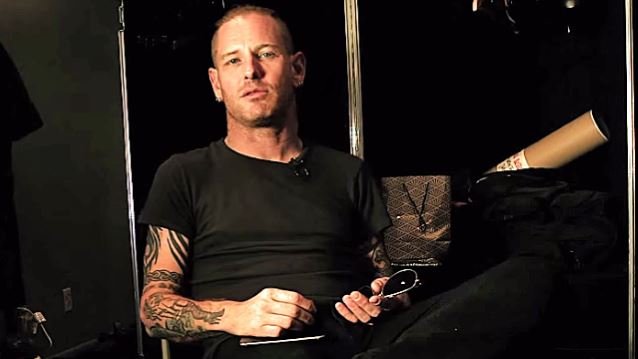 Corey Taylor (pictured; SLIPKNOT, STONE SOUR),Slash (GUNS N' ROSES),Paul Stanley (KISS) and Nikki Sixx (MÖTLEY CRÜE) are among the rockers who have reacted to the mass shooting at a popular gay club in Orlando, Florida, which left 50 people dead early Sunday morning, including the gunman.

The deadliest mass shooting in the United States and the nation's worst terror attack since 9/11 was carried out by Omar Mateen, a 29-year-old American-born man who'd pledged allegiance to the Islamic State terrorist group ISIS.

Armed with an assault rifle and a pistol, Mateen reportedly entered the packed Pulse club about 2 a.m. Sunday and started shooting, killing 49 people and wounding at least 53.

Mateen lived in Fort Pierce, Florida, about 120 miles south of Orlando, and worked as a private security officer.

He had been interviewed by the FBI twice and had once been on a terrorist watch list.

Can't even fathom what the people of Orlando are going through right now. No more posts today. Going to see what I can do to help.

There aren't words enough to express the sadness I feel for the victims & their families of this tragic & horrific Orlando incident.

I support the 2nd Amendment. But am I the only one who does who thinks this is NOT ok? https://t.co/rCLXh6GVe4

Senators AND assault weapons bought and sold. Terrorists must be psyched on both counts https://t.co/cxIQiMyPQy

Our hearts & prayers go out to all those in #Orlando terrorized, injured or murdered in this unspeakable act. #PrayForOrlando

My Heart And Prayers Go Out To All Those In Orlando Terrorized, Injured Or Murdered In This Unspeakable Act. https://t.co/7KcaOTNbHV

Our prayers go out to the people of Orlando, FLA. a senseless tragedy. There are no words.

There is too much sadness and hate in the world .My heart is broken for the victims and ... https://t.co/qRT09iTJ4opic.twitter.com/vmgllNeSKE