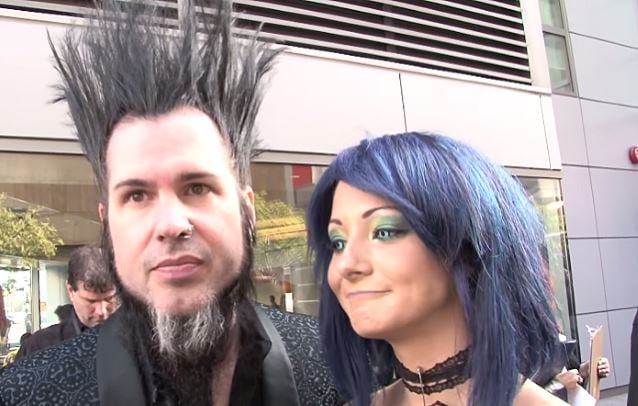 A spokesperson for the San Bernardino coroner's office has confirmed Tera Wray Static took her own life earlier this month.

Friends of the widow of STATIC-X frontman and founder Wayne Static and former adult film star revealed two weeks ago that Tera was found dead at a friend's house in California.

Randy Emon, the supervising deputy coroner investigator for the San Bernardino County coroner's office, told BLABBERMOUTH.NET in a written statement: "Our coroner records indicate [Tera] died on January 13, 2016 in Joshua Tree, CA. The manner of death was listed as suicide."

Tera's roommate at the time of her death, the Joshua Tree, California-based tattoo artist Jay'e Jones, wrote on Facebook that she came home on January 13 after work and found "one of my dearest friends had ended her life in my guestroom where she was staying."

A statement which was apparently approved by Tera's mother said that "Tera suffered from depression since the death of her husband."

Adult entertainment attorney Michael Fattorosi, who last spoke to Tera one day before her death, told New York Post's Page Six that Wray left behind a note instructing her roommate to call him and Tera's mother.