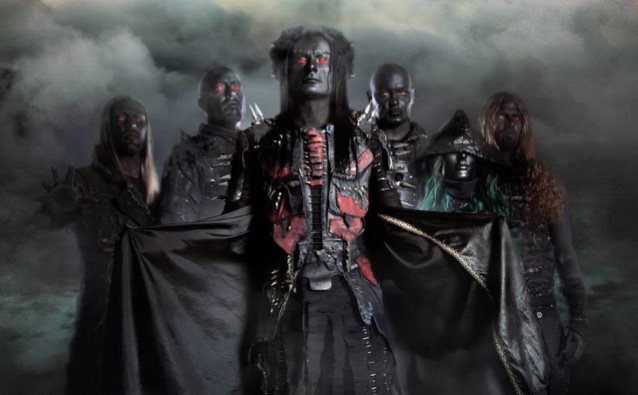 British extreme metal veterans CRADLE OF FILTH will make their long-awaited triumphant return to North America with a headlining tour this March/April. Support on the trek will come from the Ukrainian metal band JINJER.

"CRADLE OF FILTH are very much looking forward to the U.S/ Canadian leg of the 'Cryptoriana' world tour," commented vocalist Dani Filth. "Even more so now that we have just finished the extremely successful U.K. run, and with a huge European run ahead of us the band will be totally up to speed, firing on all cylinders and playing a cool, yet eclectic set from the new album and beyond (the extensive 'Bathory Aria' from 'Cruelty And The Beast' now being a firm fan favorite).

"So get ready for nights of insane gothic horror and vehement perversity come the cusp of April, when CRADLE hit the States where it hurts”.

* CRADLE OF FILTH only

CRADLE OF FILTH's 12th album, "Cryptoriana - The Seductiveness Of Decay", was released on September 22 via Nuclear Blast. The disc was recorded at Grindstone Studios, Suffolk, U.K. by the very honorable Scott Atkins, who has been the resident go-to producer for CRADLE OF FILTH for several albums. Dani Filth sat in during the mix, serving up flaming mugs of teas, making the studio couch his own and lending his ears when necessary.

Regarding how "Cryptoriana - The Seductiveness of Decay" stacks up against 2015's "Hammer Of The Witches", Dani told Metal Wani: "I can't answer that question. We just do what we do and we enjoy it. For example, somebody asked me, 'What album have you played more than any other album in the world?' I'm, like, 'The last one.' Because you do and you love it and you nurture it. Going on press trips, I have to note every single part of it. But that only stays like that until the next record. I know, it sounds awful, but that's entirely the truth. Each album is a step forward. It might not appeal to everybody's ideology of CRADLE OF FILTH. Some people want it to sound like this, or sound like 'Midian' or 'Cruelty And The Beast', but I think what people forget, like anybody in any other band, if I speak to Tom Araya [SLAYER] or the guys from EMPEROR, you write music for yourself. You want your fans to like it, but at the end of the day, you can't…if you don't like what you're doing or if you're not happy with yourself as a person, how can you expect anybody else to be happy with you? It's the same thing with music." 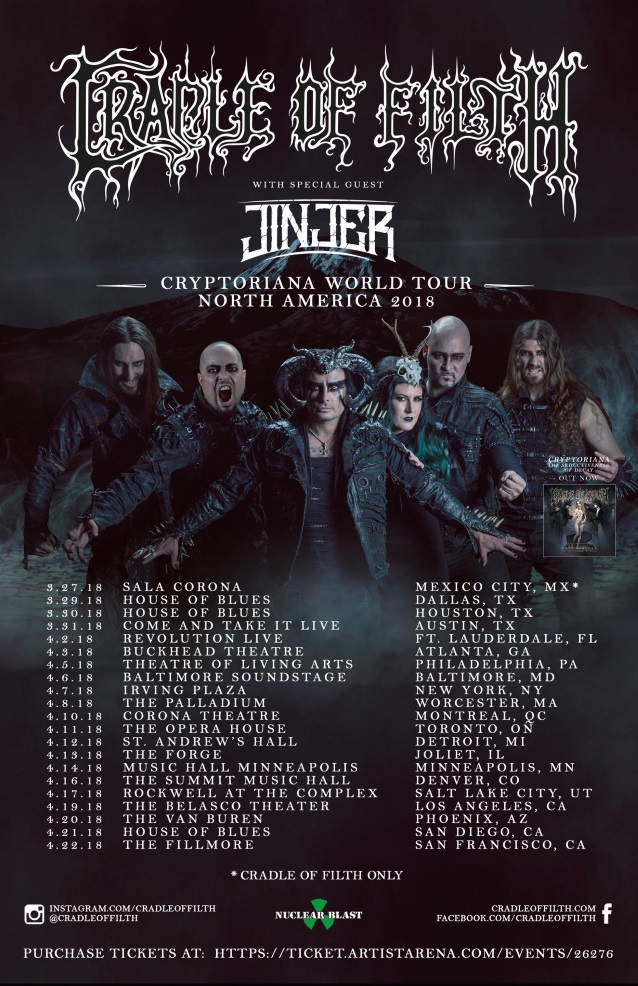