CRO-MAGS Are Back With 'Don't Give In' EP

The CRO-MAGS, the seminal hardcore punk crossover New York City outfit, founded and fronted by Harley Flanagan, has signed with Arising Empire for Europe and Victory Records for the U.S. A new EP, "Don't Give In", has just been released on all digital platforms. Pre-orders are also available for the limited seven-inch EP vinyls coming in three different colors on August 2.

Comments Flanagan: "In late 2018 I went in to the studio to start working on a new CRO-MAGS album. After recording the first few songs, I got a strange phone call in the middle of the night, that turned out to be from Tony Brummel, Victory Records (to this day I have no idea where or how he got my number). I thought it was a prank call; it turned out not to be, and I started negotiating a record deal with Victory Records. Arising Empire in Europe later got in touch and with a team of lawyers including Donna Tobin (Frankfurt Kurnit),Dave Stein etc. and the help of Robert Kampf, former CEO of Century Media and his team, we negotiated deals that we are all very happy with. Mike Gitter from Century made the introduction to engineer John Ferrara and producer Arthur Rizk, and the recording process went into full swing.

"One of the many things that makes me happy about signing with Victory and Arising Empire, is that they are genuinely fans of my music and know my history; they are not just labels trying to make money off me or the genre. I know that I am working with the best team, and the best musicians to launch the next era of CRO-MAGS."

"Don't Give In" track listing:

The single and album feature, along with Harley Flanagan, Gabby Abularach (GIL EVANS ORCHESTRA, amongst many other projects) who played on CRO-MAGS' "Alpha Omega" (1992) and "Near Death Experience" (1993); Rocky George (formerly of SUICIDAL TENDENCIES and FISHBONE) who played on CRO-MAGS' "Revenge" (2000); and Gary "GMan" Sullivan (who has played with everyone from the B-52'S, Berny Worrel of PARLIAMENT FUNKADELIC, TM Stevens, etc.),who joined CRO-MAGS in the 90s.

The CRO-MAGS have announced headlining dates across Europe in support of their landmark album "Best Wishes". Staring September 27 in Essen, Germany, the trek will also see the band make appearances in the United Kingdom, France and Austria, among other countries, as well as a stop at Belgium's Lumburg Hardcore Fest. Support will come from RED DEATH.

Comments Flanagan: "I'm looking forward to going to Europe and performing songs from 'Best Wishes' and the rest of the entire CRO-MAGS catalogue. I am currently in the studio working on a new album and we may surprise you with some new music as well."

Flanagan recently reached a settlement with singer John Joseph and drummer Mackie Jayson regarding ownership of the CRO-MAGS name. Flanagan will now perform under the name CRO-MAGS while Joseph and Jayson will perform as CRO-MAGS "JM". 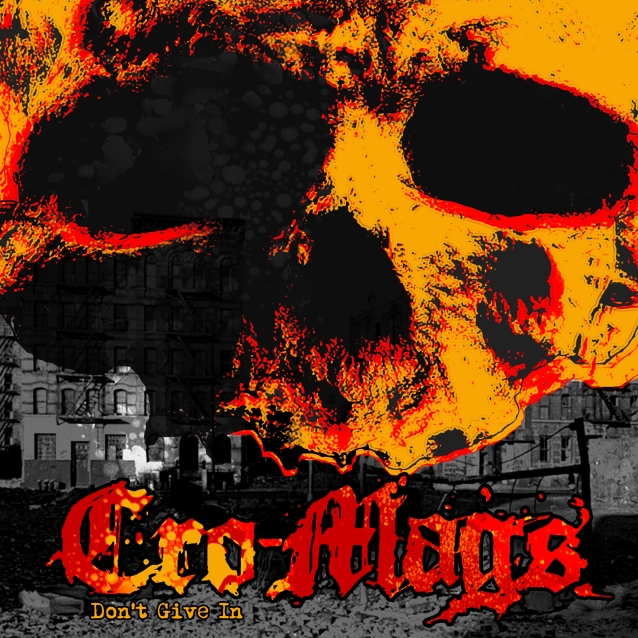