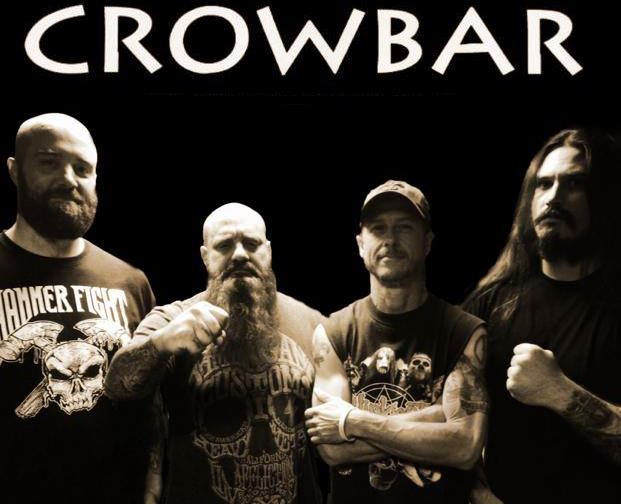 Jeff (pictured all the way left in photo above), 32, is from Bolton, Connecticut, but currently resides in Estero, Florida.

CROWBAR will enter the studio in December to begin recording its new album for an early 2014 release.

Bassist Patrick Bruders quit CROWBAR earlier in the month. No reason was given for his departure.

Said CROWBAR guitarist/vocalist Kirk Windstein: "I'm more hurt than anyone about Pat leaving CROWBAR, but keep in mind that there were years that I was the only member in CROWBAR."

Bruders' exit from CROWBAR does not appear to have affected his position with DOWN, a band that also features Windstein on guitar.

CROWBAR's latest album, "Sever The Wicked Hand", sold around 3,500 copies in the United States in its first week of release. The CD landed at position No. 4 on the Top New Artist Albums (Heatseekers) chart, which lists the best-selling albums by new and developing artists, defined as those who have never appeared in the Top 100 of The Billboard 200.

CROWBAR's previous album, "Lifesblood For The Downtrodden", premiered with 1,900 copies back in February 2005.