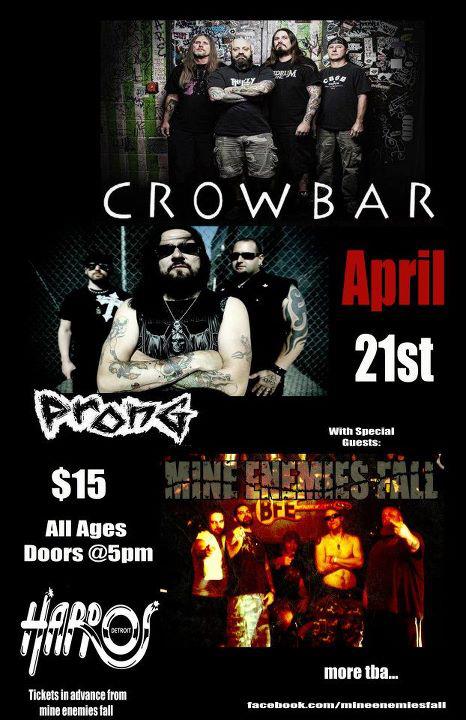 CROWBAR and PRONG will join forces for a U.S. tour in April. Confirmed dates so far are as follows:

CROWBAR's latest album, "Sever The Wicked Hand", sold around 3,500 copies in the United States in its first week of release. The CD landed at position No. 4 on the Top New Artist Albums (Heatseekers) chart, which lists the best-selling albums by new and developing artists, defined as those who have never appeared in the Top 100 of The Billboard 200.

CROWBAR's previous album, "Lifesblood For The Downtrodden", premiered with 1,900 copies back in February 2005.

"Sever The Wicked Hand" was released in the U.S. on February 8 through E1 Music and in Europe on February 14 via Century Media Records.

PRONG will release its new album, "Carved Into Stone", on April 24 in North America via Long Branch Records/SPV. The CD was recorded with producer Steve Evetts, who has previously worked with THE DILLINGER ESCAPE PLAN, SYMPHONY X, SEPULTURA and HATEBREED, among others. The cover artwork was created by Vance Kelly (DOWN, THE SWORD) and can be seen below.