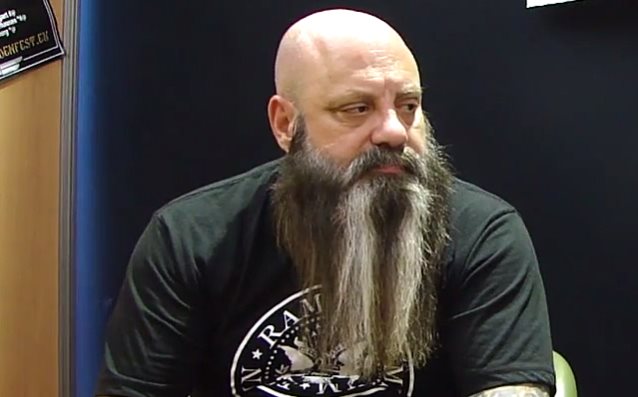 Portugal's Riff-Mag.com recently conducted an interview with guitarist/vocalist Kirk Windstein of New Orleans sludge metal veterans CROWBAR at this year's Hellfest, which was held June 20-22 in Clisson, France. You can now watch the chat below.

"For this video, we decided to let the music do the talking," Windstein.