Video footage from some of the initial sessions can be viewed below.

The rest of the instruments and vocals will be recorded at Deaf Ear Music with Matti Auerkallio at the helm.

The band previously stated about the new tracks: "There's definitely some surprises coming your way with the new material. For example, the fastest CRYSTALIC song to date (with some blastbeats!) and also the slowest one."

CRYSTALIC released its debut album, "Watch Us Deteriorate", last year via Thundering Records. Check out audio samples at this location. 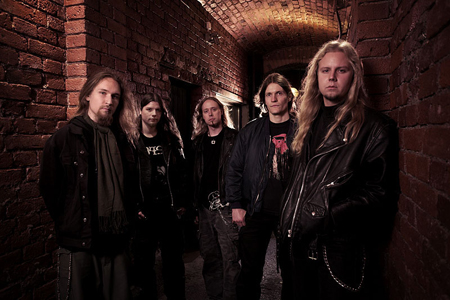