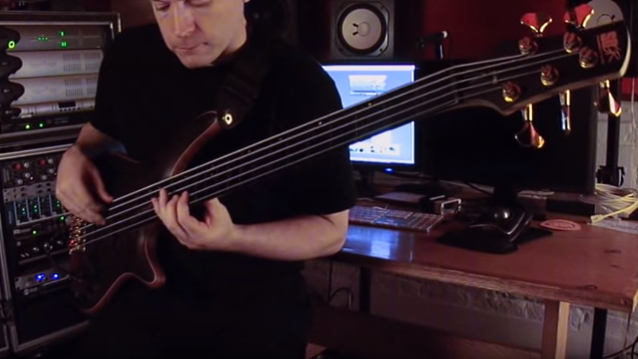 CYNIC bassist Sean Malone has commented on the passing of the band's longtime drummer Sean Reinert. Sean was found unresponsive at his California home on Friday, January 24. He was only 48 years old.

Malone issued the following statement earlier today: "I was luckier than most. Complete musical trust — especially between a bassist and a drummer — is a rare and precious thing. Rare, because it’s not something you find by looking for it. Precious, because some may go an entire lifetime without ever having experienced it. But I was luckier than most. Sean offered his trust during every rehearsal, every recording, and every performance we ever did, and it's likely that I'll never experience the same again. The truth is that we're all lucky — lucky to have been alive while Sean Reinert was making music."

Law enforcement sources told TMZ that Sean was found by a family member at his San Bernardino home around 8:45 p.m. on Friday night. He was transported to a hospital, but after life-saving measures proved ineffective, he was pronounced dead upon arriving. No foul play is suspected at this time. However, an official cause of death is pending an autopsy, which hasn't been conducted yet.

I was luckier than most. Complete musical trust—especially between a bassist and a drummer—is a rare...