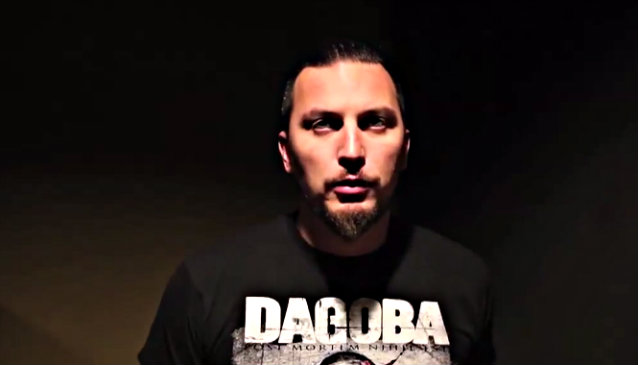 On November 21, Peter Ruttan of MetalTitans.com conducted a interview with vocalist Shawter Oymyakon of French metallers DAGOBA when the band performed in Seattle, Washington as the support act for DIR EN GREY. You can now watch the chat below.

DAGOBA's fifth album, "Post Mortem Nihil Est", was released in Europe on May 27 via Verycords, and was made available in North America on November 5 through eOne Music. The cover artwork for the CD was created by Seth Siro Anton.