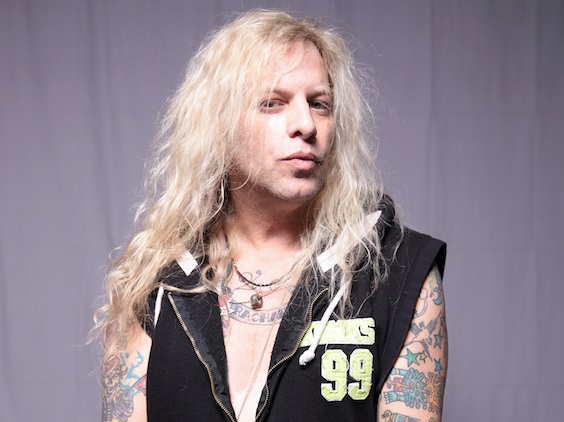 DANGER DANGER singer Ted Poley has partnered with Frontiers Music Srl for the release of another solo album.

Ted is currently hard at work in Sweden on this still-untitled effort. This time around, he is collaborating with some incredibly talented Swedish musicians, namely Mats Ericsson, Micke Jansson, Daniel Johansson and Robin Ericsson (on additional vocals).

"You might know some of those guys other musical work as the band DEGREED," says Ted. "I am also getting some vocal layering with the help of my good friend, the Italian stallion of vocals, Alessandro Del Vecchio. The album is being co-produced by Mats Ericsson and myself in Kopperberg, Sweden."

Ted continues: "After almost 40 years of recording and releasing music, I wanted to stretch out a little bit musically and I am proud to say that I have come up with a magical combination of amazing musicians and songs! The songs are awesome, and the musicianship will blow you away. Every one of the players are masters of their instruments and you might hear just a hint of modern prog interlaced with my usual catchy choruses this time around! This is going to be my favorite solo album ever and an album that I felt I had to make. And I am so happy with the results so far!"

Poley will also appear live at this year's Rockingham Live with his project with Steve Brown of TRIXTER, TOKYO MOTOR FIST.

Ted's last solo album, "Beyond The Fade", was released in May 2016 via Frontiers Music Srl.