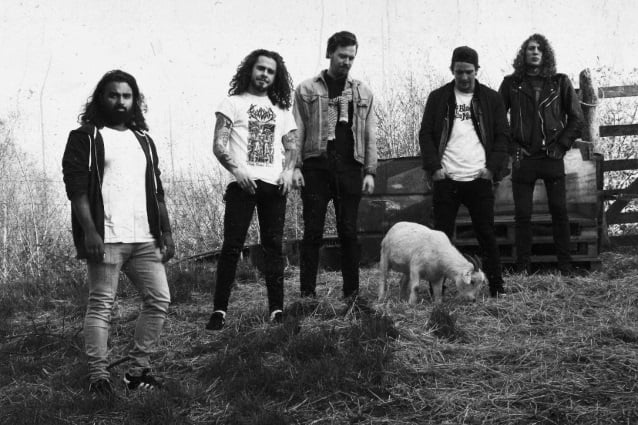 "Ego Te Absolvo", the new video from Danish death metallers BAEST, can be seen below. The song is taken from the band's forthcoming debut album, "Danse Macabre", which will be released on August 17 via Century Media Records.

Filmed by Jens Karlsson and Lasse Rønne at several shows and also edited by Lasse Rønne, the "Ego Te Absolvo" video throws you right into the explosive live shows of BAEST, bringing their ferocious Messe Macabre straight to your home.

BAEST comments: "'Ego Te Absolvo' — I absolve you. (Mortui Vivos Docent. Learn from the dead.) The last track of 'Danse Macabre' frees the human shell from its shackles, and condemns its pathetic remains to eternal solstice. Prophecies and promises crushed by thundering truth. Heresy is forever."

Highly influenced by bands such as BLOODBATH, GRAVE, ENTOMBED and DISMEMBER, BAEST — whose moniker translates to "beast" or "brute" in the band's native language — combines a deadly old-school backbone with its own creative edge and incredible, ferocious live energy.

Having formed just three years ago in 2015, the quintet played over 40 shows just in their first year of existence and meanwhile has performed at festivals such as Copenhell, Roskilde, Royal Metal Fest, Eurosonic and supported bands like HATEBREED, DYING FETUS, ENTOMBED A.D. and ILLDISPOSED. After the independently released "Marie Magdalene" EP in 2016 and last year's "Crosswhore" single, the Aarhus-based band is now gearing up for the release of their first full-length.

BAEST is (from left to right): 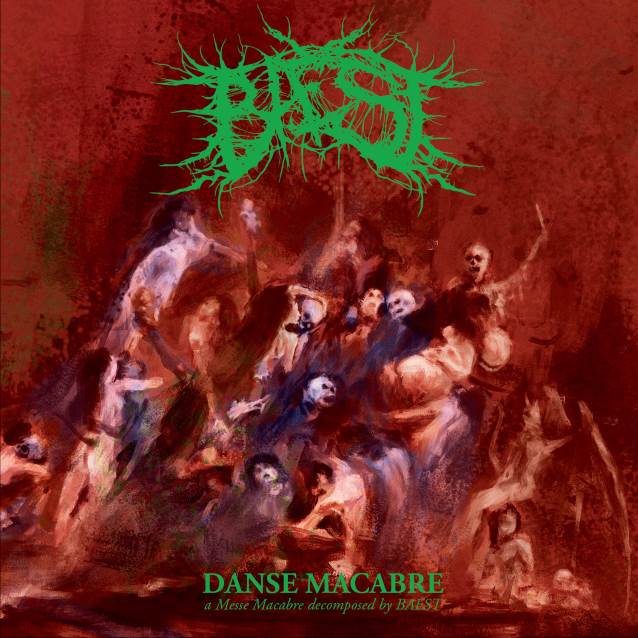