DANZIG will hit the road with CORROSION OF CONFORMITY before the Glenn Danzig-fronted band's appearance at Riot Fest on September 16 in Chicago, Illinois where they will play their groundbreaking album "Danzig III: How The Gods Kill" live from start to finish.

In 2015, DANZIG released a covers LP, "Skeletons", is said to be working on a still-unreleased collection of Elvis Presley songs.

In 2016, Glenn Danzig staged a surprise reunion with his former MISFITS bandmates, marking his first performances alongside bassist Jerry Only and guitarist Doyle Wolfgang Von Frankenstein since 1983. 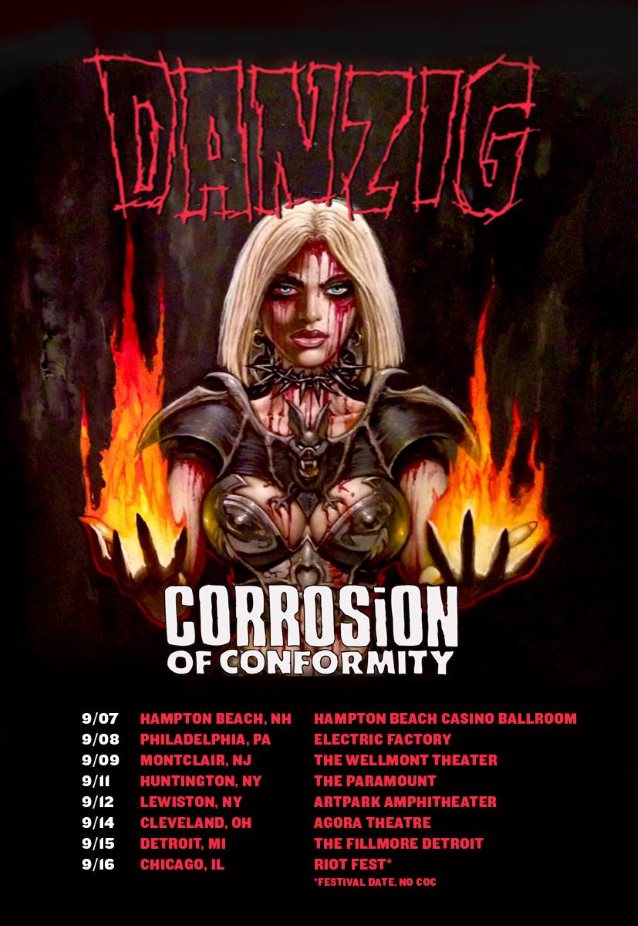