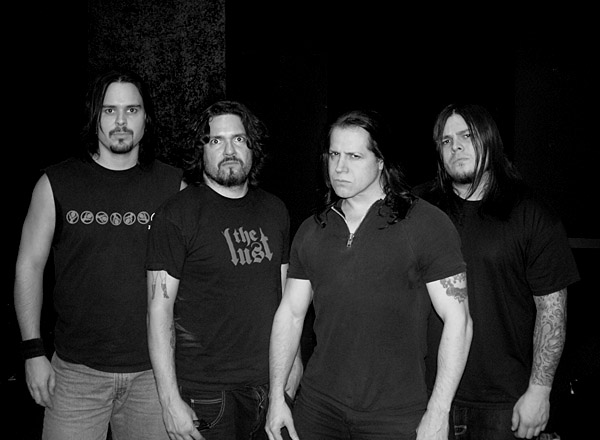 DANZIG have finished writing nine songs for their forthcoming album and will complete six more before heading into the studio to begin recording the as-yet-untitled follow-up 2002's "777: I Luciferi". 11 tracks will likely appear on the new CD, with the rest possibly used for B-sides. A late 2003/early 2004 release through Spitfire Records is expected.

As previously reported, DANZIG's lineup (click here to view photo) for the next CD will be as follows:

DANZIG will play several headlining shows in September, to be followed by the "Blackest of The Black" tour in October, also featuring SUPERJOINT RITUAL and DEVILDRIVER.