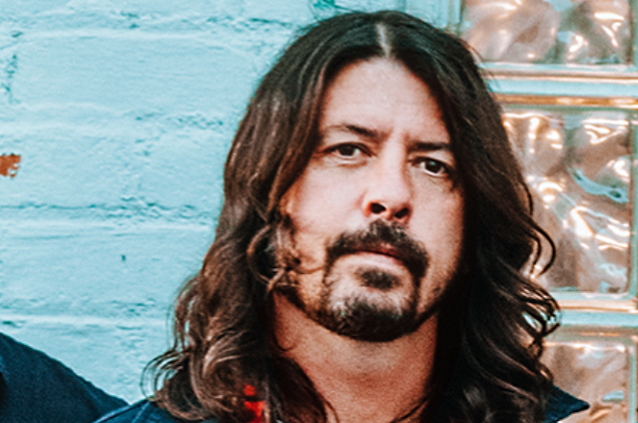 Dave Grohl has praised Post Malone for his recent performance of NIRVANA classics.

The rapper, a huge NIRVANA fan, pulled off a livestream tribute concert to the band on his YouTube channel on April 24, performing a 75-minute set that included almost the entire "Nevermind" album — except for "Smells Like Teen Spirit" and "Polly" — plus three cuts from "In Utero" and two from NIRVANA's first full-length LP, "Bleach".

Backing Post during the performance were BLINK-182 drummer Travis Barker, along with guitarist Nick Mack and bassist Brian Lee. The concert doubled as a fundraiser for the United Nations Foundation's COVID-19 Solidarity Relief Fund and had raised nearly $3 million. Google was matching the amount raised up to $5 million.

Asked in a new interview with the ALT 98.7 FM radio station if he saw Post's NIRVANA set, Grohl — who played drums for NIRVANA and is the founder of the FOO FIGHTERS — said (see video below): "It was so weird, because I was writing… I started this Instagram page called 'Dave's True Stories', because I thought, 'Well, I just wrote a whole record. I don't wanna write music. And I don't really know what else to do, so I'll just write all these stories.' So I'm sitting there writing one of these stories out, and someone said, 'Hey, Post Malone is live on YouTube right now doing a whole set of NIRVANA covers.' And I've met him before. He's really nice; he's really cool. I've met his dad; he's cool too. So I was, like, 'Oh, that's kind of cool. I'm in the middle of writing something.' And then I started getting hit with texts, people texting me, like, 'Yo, are you watching this Post thing?' And I'm, like, 'No, I'm writing right now.' They're, like, 'It's pretty good.' I'm, like, 'Really?' So I keep on writing. Another text comes in, 'Dude, are you watching this Post Malone thing?' And I'm, like, 'No.' So finally I tuned it… I started watching, and first of all, watching Travis play the drums to those NIRVANA songs, I was honored — I thought that was super cool. More than the sound of it and more than the chords and whatever, it just sort of felt good. To me, it didn't feel weird. They were killing it. So I watched a bunch of it. I was, like, 'That was really cool.' I don't get to see other people do NIRVANA songs often, and he seemed perfectly comfortable with it, and it sounded great… Even the die-hard NIRVANA people that I know were, like, 'Dude, he's kind of killing it right now.'"

Other notable supporters of the tribute set included NIRVANA frontman Kurt Cobain's widow, Courtney Love, who posted on Instagram about the event, and NIRVANA bassist Krist Novoselic, who issued a stream of positive and enthusiastic tweets throughout the show.

Malone also mentioned that he is working on a new album, and is "trying to put it out as soon as I fucking can." His latest record, "Hollywood's Bleeding", was released last fall.