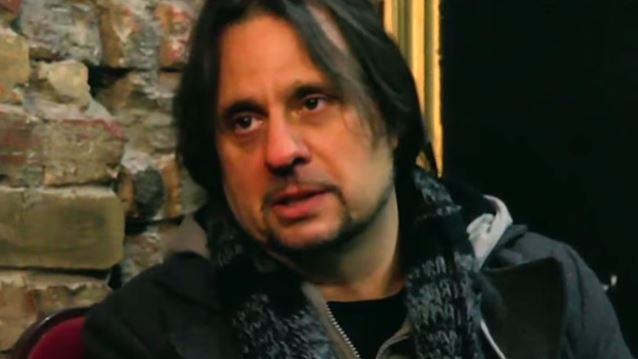 Mammoth Metal TV conducted an interview with former SLAYER and current PHILM drummer Dave Lombardo on March 15 in Berlin, Germany. You can now watch the chat below.

During a December 2014 interview for Eddie Trunk's podcast, Lombardo was asked if he would ever consider playing with SLAYER again. He responded: "Would I go back? For the fans, and to retire that band correctly, I'm not gonna close any doors. Like I said before, when all this went down, my door's open, and that's basically all I have to say. So [it's] all good."

Regarding whether he has had any contact with the other members of SLAYER since the tragic passing of the band's founding guitarist Jeff Hanneman in May 2013, Lombardo said: "Yeah, that was really hard, and no, there hasn't been any communication between the guys and myself."