The seven-song tape was recorded with the first lineup of the band that appeared live as METALLICA, including Ulrich, frontman James Hetfield, lead guitarist Mustaine and bassist Ron McGovney. The original recordings were paid for by High Velocity record label owner Kenny Kane, with a view of making them available as an EP in 1982.

Mustaine discussed the proposed expanded edition of "No Life 'Til Leather" during a June 2018 interview with U.K.'s Kerrang! magazine which has only now been made available online. Saying that the last time he spoke to Hetfield was when the METALLICA guitarist/vocalist called him to talk about the "No Life 'Til Leather" re-release, Mustaine recalled: "He was trying to get me to give publishing over to Lars, despite James and I being the sole songwriters. Lars wanted a percentage and I just said no. I love James, he's a terrific guitar player, but yeah, I can't do that. The songs are already out there. I'm not going to release something just to have a product to sell — especially if they are perpetuating false information. Lars did not write the songs. It was just me and James. Period." 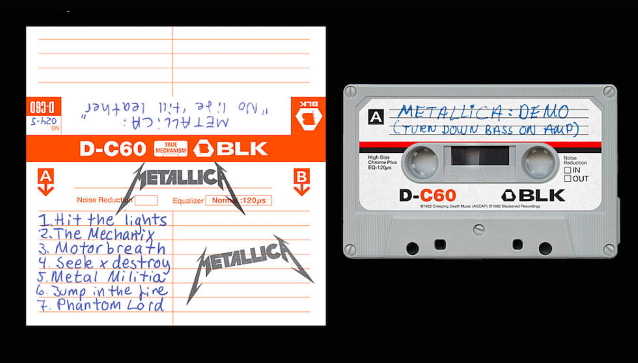