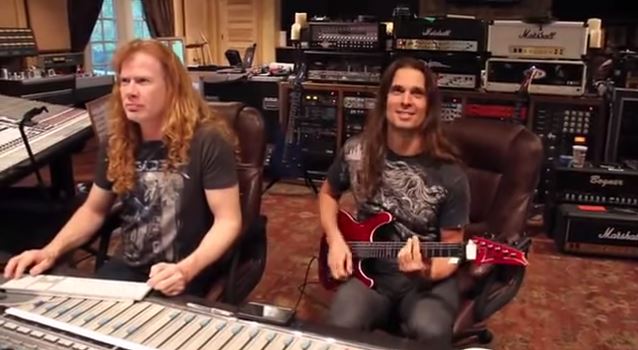 MEGADETH mainman Dave Mustaine spoke to Revolver magazine about the band's forthcoming fifteenth album, which is currently being recorded in a Nashville studio.

"When Chris and Shawn left, it saddened me a little because they didn't say goodbye," Mustaine said. "They were pissed, because they'd gotten word that people wanted the 'Rust In Peace' [lineup] reunion [with guitarist Marty Friedman and drummer Nick Menza]. And frankly, I didn't; I was happy with those two guys. So when they left, it was like, 'It isn't going to be easy to replace them!'"

Songtitles set to appear on the CD include "The New Emperor", "Tyrannicide", the two-part opus "Conquer… Or Die" and "Poisonous Shadows". The latter track features piano playing from Kiko as well as orchestration from famed Nashville arranger Ronn Huff, the father of former MEGADETH producer Dann Huff. MEGADETH also recorded two cover versions during the sessions for the new CD: "Melt The Ice Away" by BUDGIE and "Foreign Policy" by FEAR.