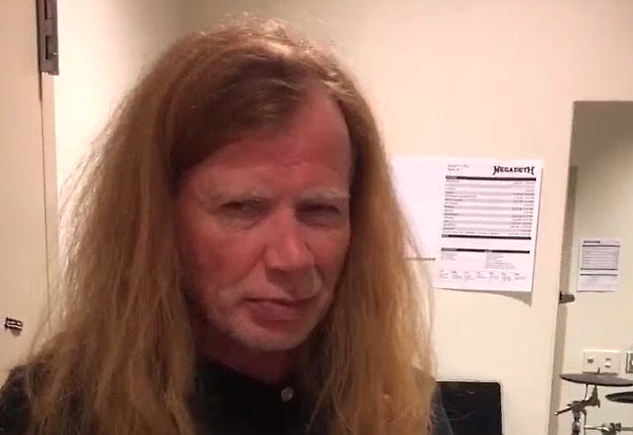 A short video of MEGADETH leader Dave Mustaine teaching you how to play the main riff in the band's song "Tornado Of Souls" can be seen below. The clip was filmed backstage in Reno, Nevada on August 31 during MEGADETH's "The Metal Tour Of The Year" with LAMB OF GOD, HATEBREED and TRIVIUM.

MEGADETH played its first show with bassist James LoMenzo in nearly 12 years on August 20 in Austin, Texas at the opening concert of "The Metal Tour Of The Year". Produced by Live Nation, the rescheduled trek will wrap in Quebec City, Quebec, Canada on Saturday, October 2.